In this section, explore Rev. Black doing what he did best: informing the masses, standing up for what was right, and bringing people together to create change for the community he cared about so deeply.

In July 1958, Governor Price Daniel—who was seeking reelection—was supposed to introduce the internationally-known preacher Billy Graham at an evangelistic revival in San Antonio. Rev. Black saw this as a threat to the constitional guarantee separating church and state. As such, he brought together religious and political leaders from across the nation to prevent Gov. Daniel from using the Graham crusade to further his political ambitions. 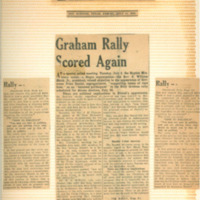 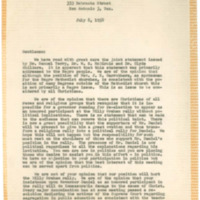 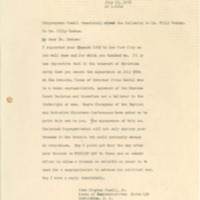 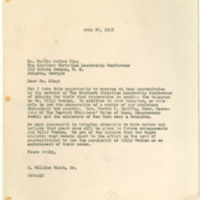 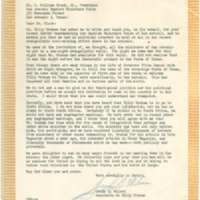 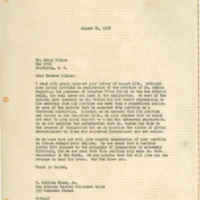 These documents highlight the progression of the Graham Rally from Rev. Black's perspective. All of the documents seen here are from a single scrapbook chronicling the event, most likely made by Rev. Black or ZerNona. The first document is a clipping from early in the controversy; it notes initial reactions to Billy Graham's scheduled appearance. The next three documents report on the lead-up to the event. The first is a letter and press release that explains the position of Rev. Black and the San Antonio Baptist Minister's Union. They believe that having Gov. Daniel introduce Billy Graham would be a conflict of religion and politics which would reflect poorly on christian values. The next two documents are telegrams of support from New York Congressman Clayton Powell and Martin Luther King Jr.. The final two documents come from after the event, which went on as planned. They are correspondence between Rev. Black and Grady Wilson, a spokesperson for Billy Graham.