A large part of Reverend Black’s personal legacy centers around his efforts to continue the work and messages that he and other civil rights leaders espoused earlier in the century. Even in his later life, Claude Black put his ideas to paper and into action. He discussed the state of racism in local newspaper articles, continued to write about social problems in his 1996 Writings on Alienation and explain his agenda in his 1997 Writings on Black Rage. In his autobiography, we can see that he took pride in these efforts. He wrote: “Over the next few years, I am going to be modernizing some of my sermons. The ideas are still there, but the culture has changed.” These words show his efforts to keep up with the social changes throughout his life even though the core of his messages remained the same. 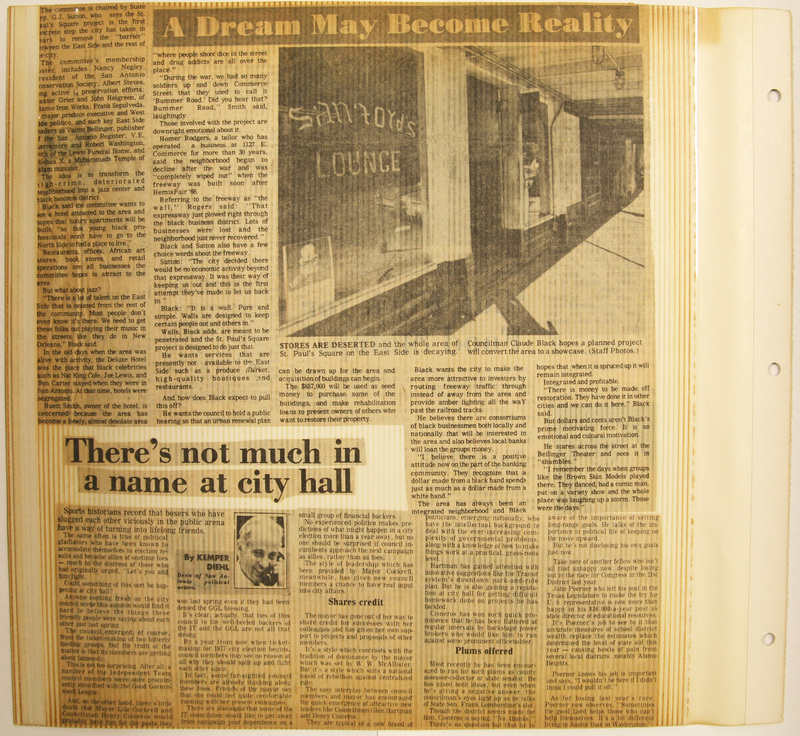 A newspaper article entitled "A Dream May Become A Reality" captures the spirit of Black's efforts to revitalize San Antonio's East Side.

Throughout his life, Rev. Black spoke out against racism and held onto the memory of past and present struggles in his community. His passion project as city councilman allowed him to raise awareness for harmful local issues while also taking action against them. In the 1970s, he spearheaded efforts to create a renovated St. Paul’s Square to revitalize San Antonio’s East Side and combat poverty in the area. In his writings and work as councilman, he even used the same rhetorical language of the preceding era to explain this project. In the article “A Dream May Become Reality”, he compares segregation created by the city layout as a "wall" to keep blacks out, and he echoes the metaphor used by Martin Luther King, Jr. in his famous “I have a dream” speech while describing his goals for the East Side. 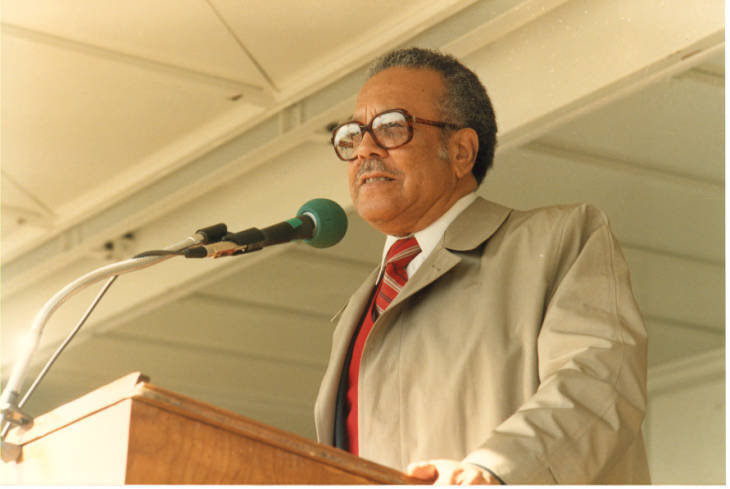 In 1987, Black organized the first annual San Antonio MLK March, a living tribute to the famous civil rights marches of the 1960s. Through all these efforts, Black carried on the legacy of civil rights leaders like Martin Luther King by putting in place an ongoing celebration of his work. At the same time, this embedded Black’s own legacy in the local and wider civil rights history.