Rev. Black became minister at Mount Zion First Baptist Church in 1949 at the age of 33. Rev. Black served not only as a leader in the community but also in the church. He preached powerful sermons that called on the church to take action against segregation. In the 1950s, Mount Zion Church served as a gathering place for organizations to fight against segregation. The congregation celebrated its centennial year in 1971 with a rededication of the church. In 1974, arsonists burned down Mount Zion and one other African American church. After the fire, the church rebuilt stronger than ever. Rev. Black took the unfortunate event and used it as an opportunity for the congregation to expand and pursue new dreams, such as building a new church and community based on the foundation of hope and prosperity. Rev. Black officially retired in 1998 but continued to preach on Sundays for some time. Rev. Black gave 49 years of dedicated service to the church and community. 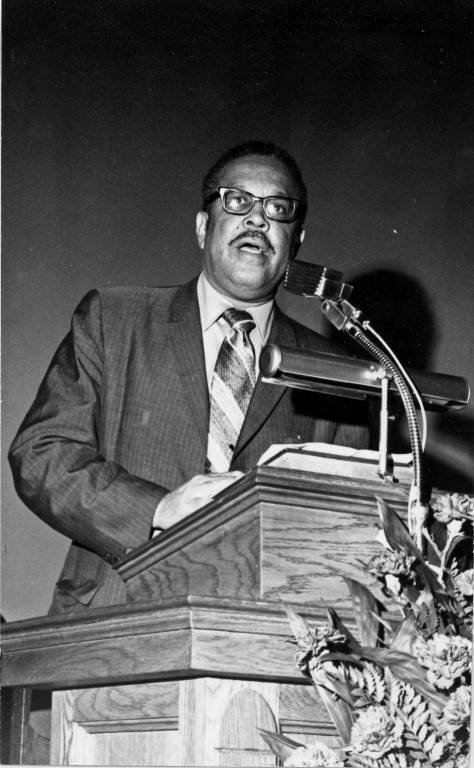 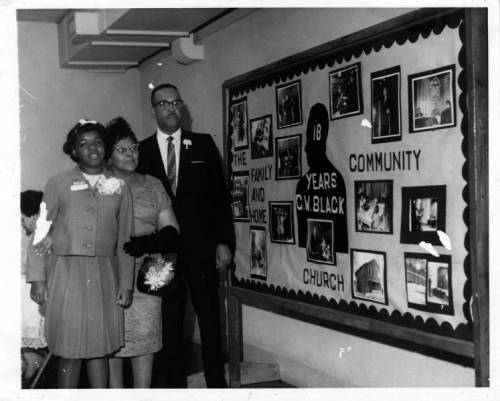 Rev. Black and family standing next to a bulletin board commemorating 18 years of his service to Mount Zion First Baptist Church. 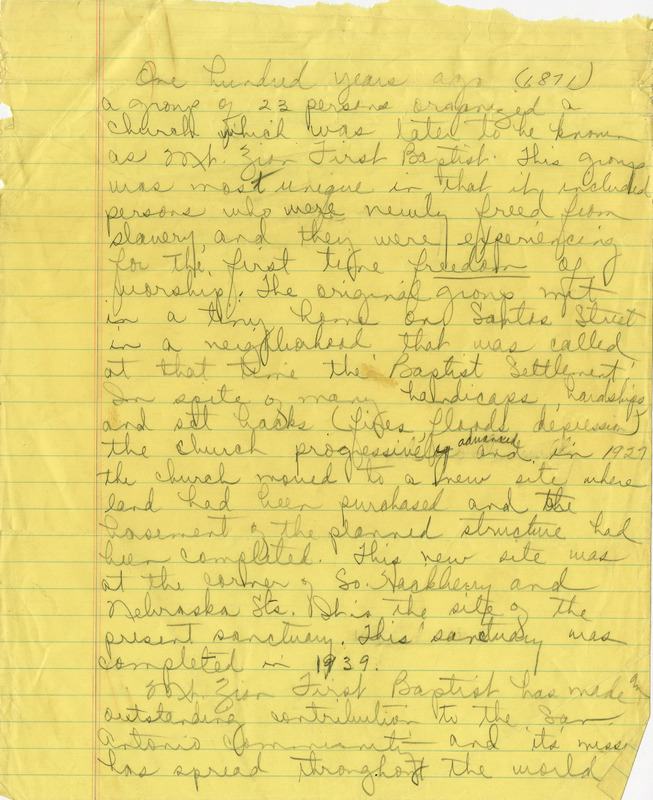 This document is a speech Rev. Black gave to the congregation of Mt. Zion in celebration of its 100th anniversary. The speech outlines the church’s history and reminds members that freed slaves founded the congregation in 1871. 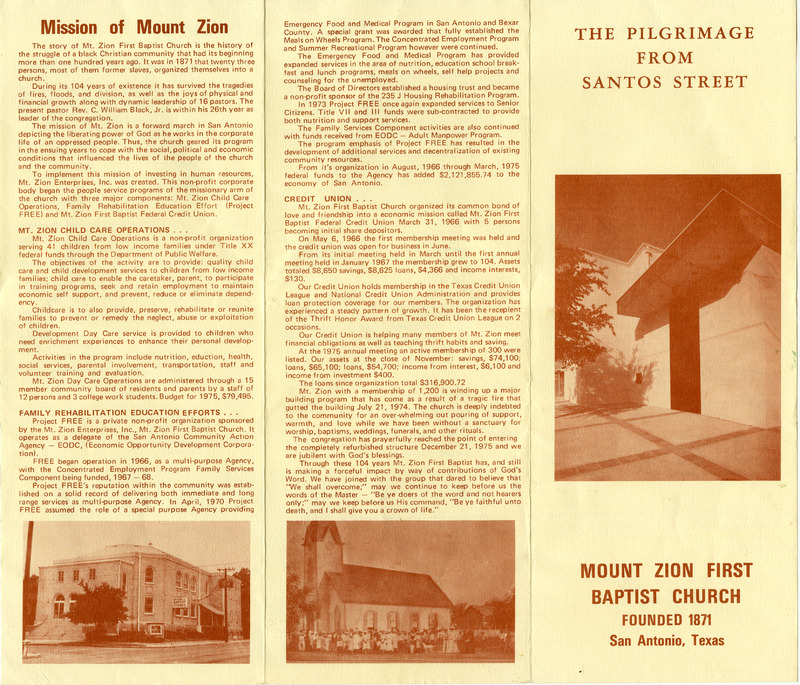 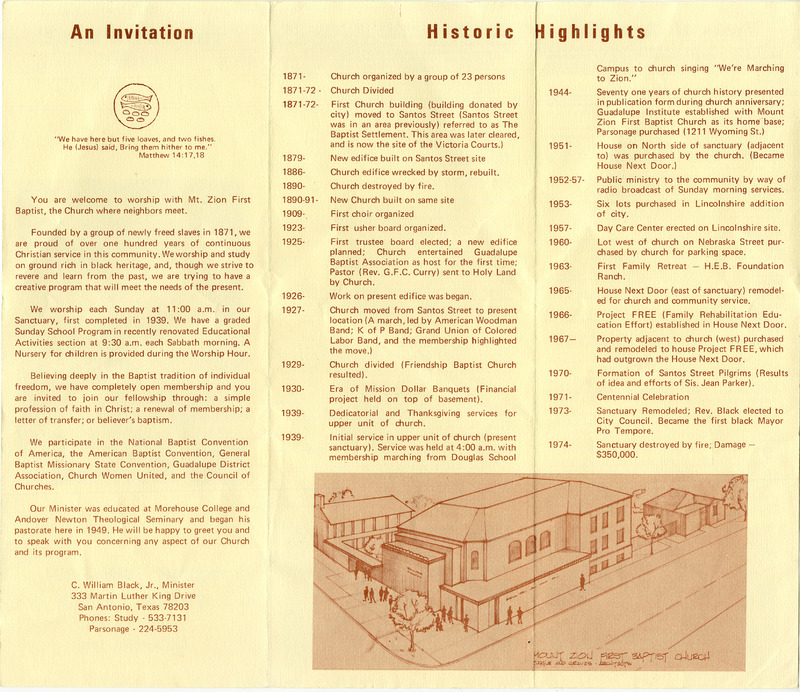 This introductory pamphlet gives a timeline of the major events of Mt. Zion’s history as well as a description of its mission and the services it provides to its congregation. These services include child and senior care programs, as well as financial support through the church’s credit union. 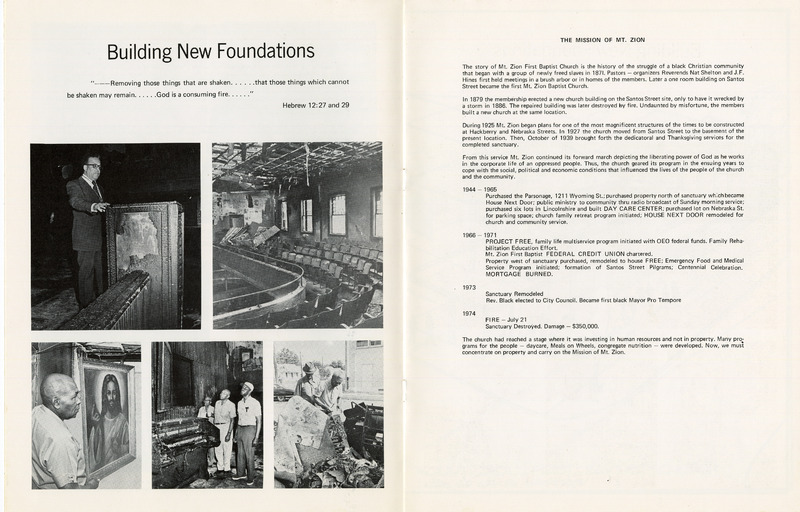 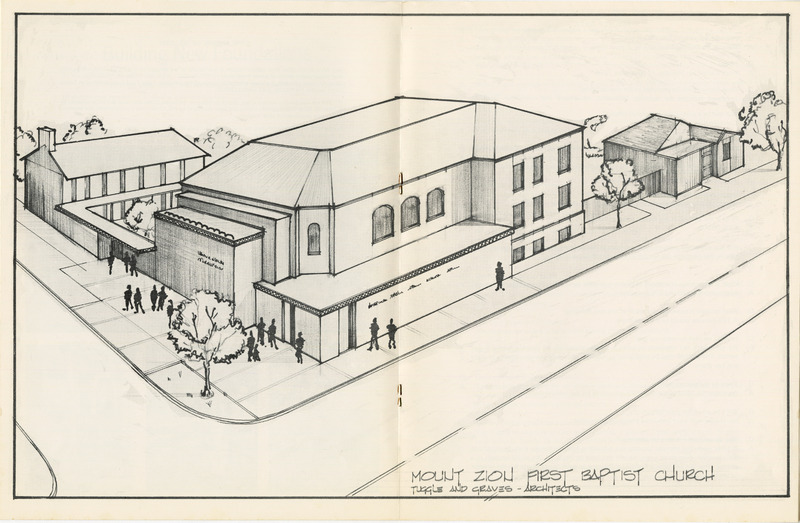 On July 1, 1974, Mt. Zion Church suffered from a fire that destroyed large parts of the church and caused over $350,000 of damage. Police determined the fire to be arson. These photos show the burnt interior of the church, as well as a sketch of the proposed church rebuild.