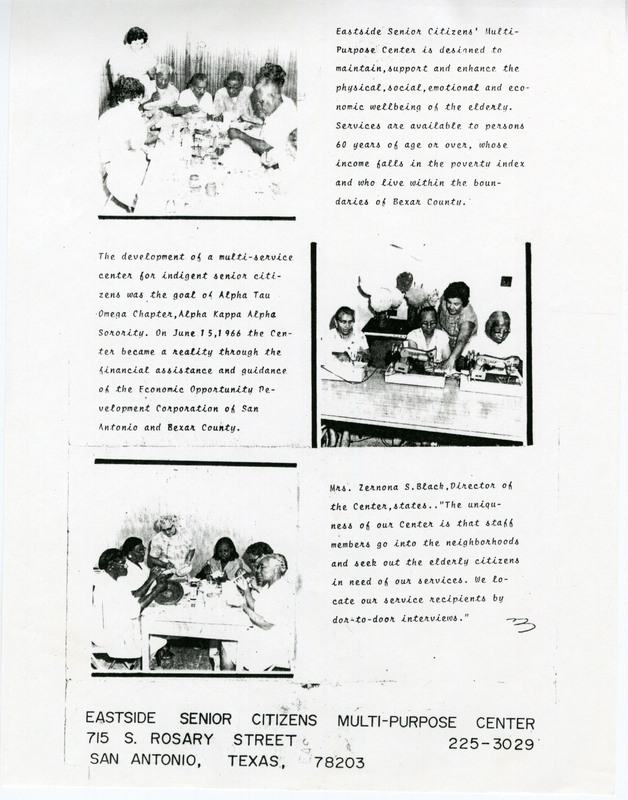 A series of clippings about the June 15, 1966 opening of the Eastside Senior Citizens’ Multi-Purpose Center, of which ZerNona Black was the director.