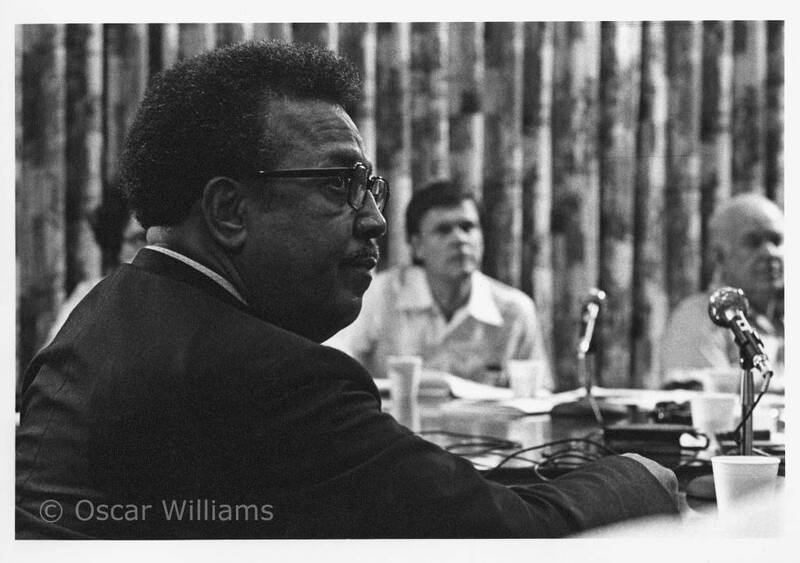 This is a photo of Reverend Black, as Councilman Black, in 1975. At this time, he was a member of the San Antonio City council. The photo was taken by Oscar Williams.

Claude Black’s insistence on San Antonio’s desegregation caused angst among the political elite who ran the city. Black fiercely opposed the Good Government League, or the GGL, which based its policy decisions on what its members believed would be best for businesses rather than individuals.

In 1960, Claude Black organized lunch counter sit-ins and boycotted Joske’s department store to force San Antonio to desegregate more quickly. This led white elites to view Claude Black as a radical who would never be satisfied with what the Council did.

In 1963, Claude Black ran for city council. He lost narrowly, but enjoyed such wide support on the East Side of San Antonio that the GGL felt compelled to promote Reverend S.H. James, a black candidate, for city council in 1965. Rev. Black campaigned again for a city council seat in 1972 and won. He served four terms on the city council from 1972-1978, acting as a powerful advocate for the needs of San Antonio’s black community. 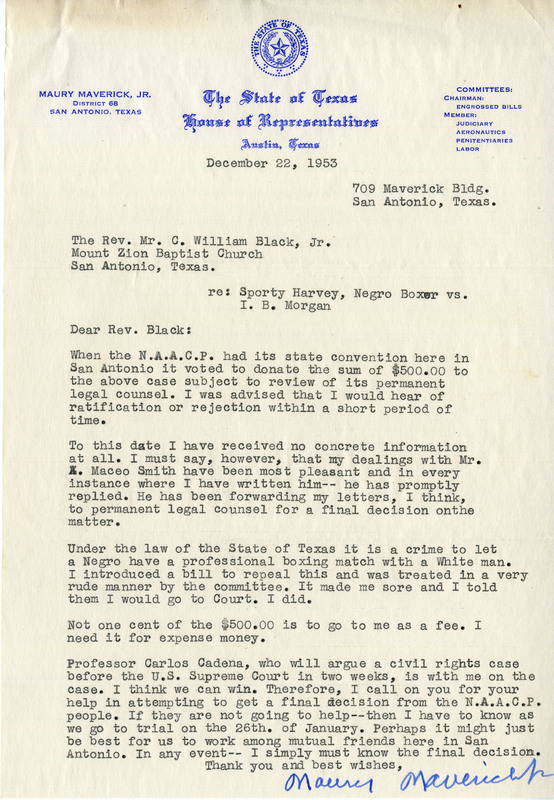 These are letters from Maury Maverick Jr. to Claude Black and Thurgood Marshall. Both letters discuss a case that could take down legal restrictions on interracial boxing.

During the mid-twentieth century, Texas was a hotbed of civil rights activism. Supreme Court rulings of note included Hernandez v. Texas, which stopped the exclusion of Mexican-Americans from Texas juries and Sweatt v. Painter, which struck down legal discrimination in law schools.

These letters between Maury Maverick Jr., Claude Black, and Supreme Court Justice Thurgood Marshall highlight another significant case, one which tackled a law that prevented white men from boxing with black men. Black's communication with Maverick on this issue reveals how Reverend Black worked with the legal system that took apart Jim Crow laws. 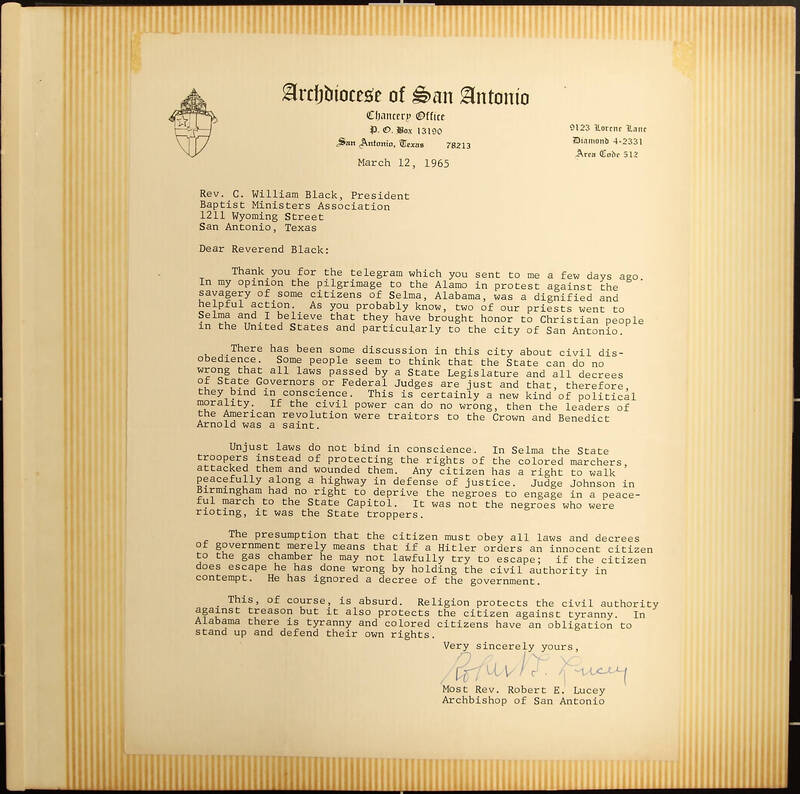 This is a 1965 letter from the Archbishop of San Antonio, Robert E. Lucey, to Reverend Claude Black, concerning the March in Selma.

This letter from the Archbishop of San Antonio, Robert E. Lucey to Reverend Claude Black shows the city's interfaith opposition to Jim Crow and segregation. Lucey’s pontifications on the morality of the protesters and the immorality of Alabama’s national guard reveal that he viewed Reverend Black as a partner in an interfaith fight for civil rights. Note Lucey's non-denominational religious language, which he uses to excoriate the National Guard while also reaching out across denominational lines.