Rev. Black worked to incorporate his religious beliefs into his political messages. Using “Representation Strengthens” as a motto, Black sought to inspire the African American community to use their moral beliefs to further their cause in the fight against segregation. Rev. Black also used this slogan to show the community that they could have a leader they could trust to represent them in city hall. As a San Antonio City Counselor, Rev. Black combined religion and politics by asserting that the church had a role to play in establishing societal morals. This notion was instrumental to his efforts to foster equality during the civil rights movement. Rev. Black often used biblical teachings as the foundation for his works. His speeches inspired people to rely on the church for support as they worked to address political issues such as civil rights. In his “Sunday Night” address, for example, he used Biblical references to call for justice and equity. Through his teachings, Black gained a tremendous amount of backing from his voters and from from politicians, including members of the Texas legislature, U.S. House of Representatives, and even the president himself. These politicians often looked to Rev. Black to mobilize voters on key issues. 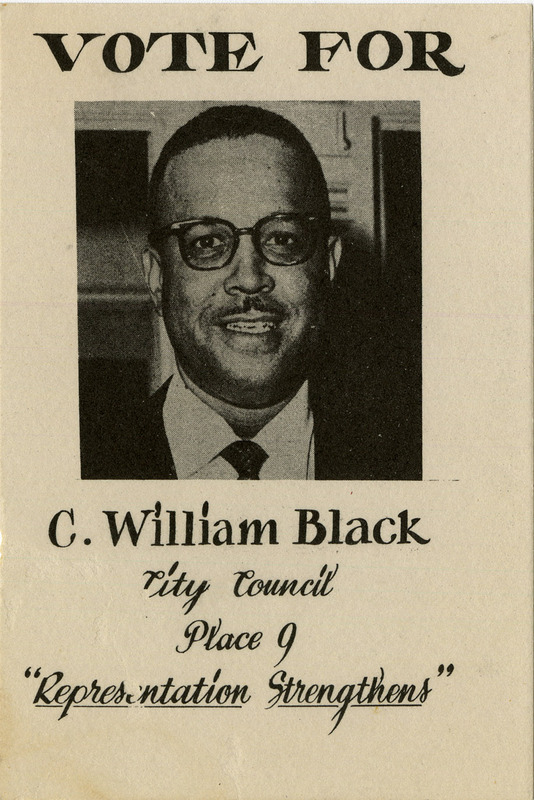 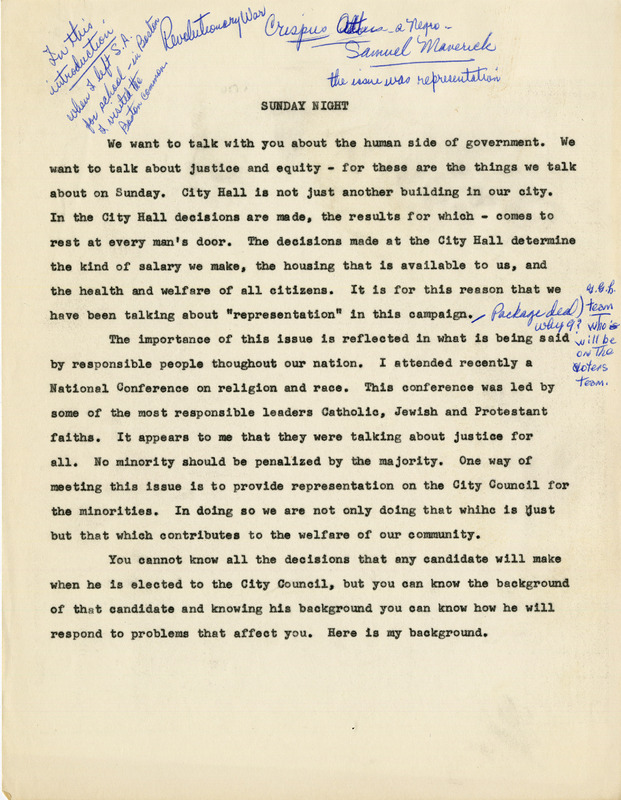 Rev. Claude Black's “Sunday Night” speech, which discusses equity and justice for all. Rev. Black explains the importance of religious beliefs to pursue representation on the city council. 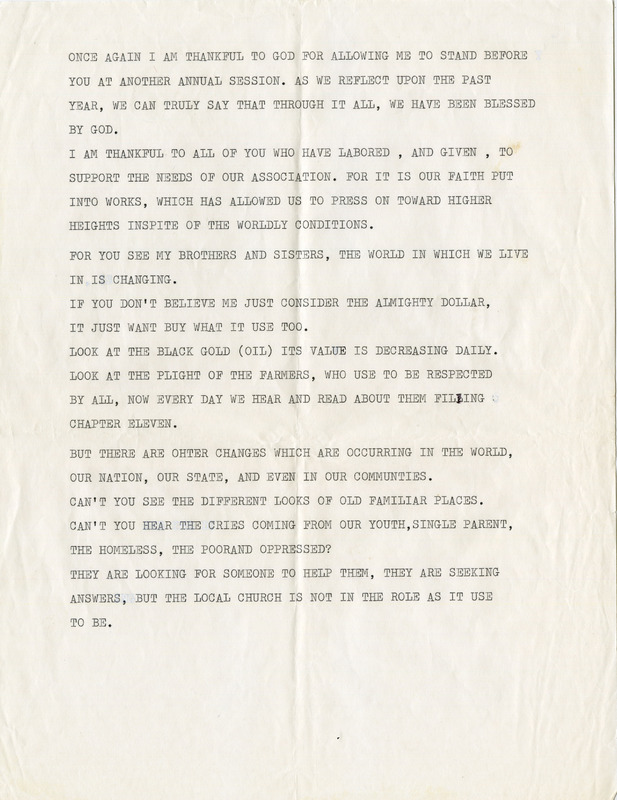 A letter Rev. Claude Black wrote discussing the importance of depending on the church to fix problems in society. Black discusses the role and power that the church can provide to understanding and solving political and moral issues such as drugs, poverty, and segregation. 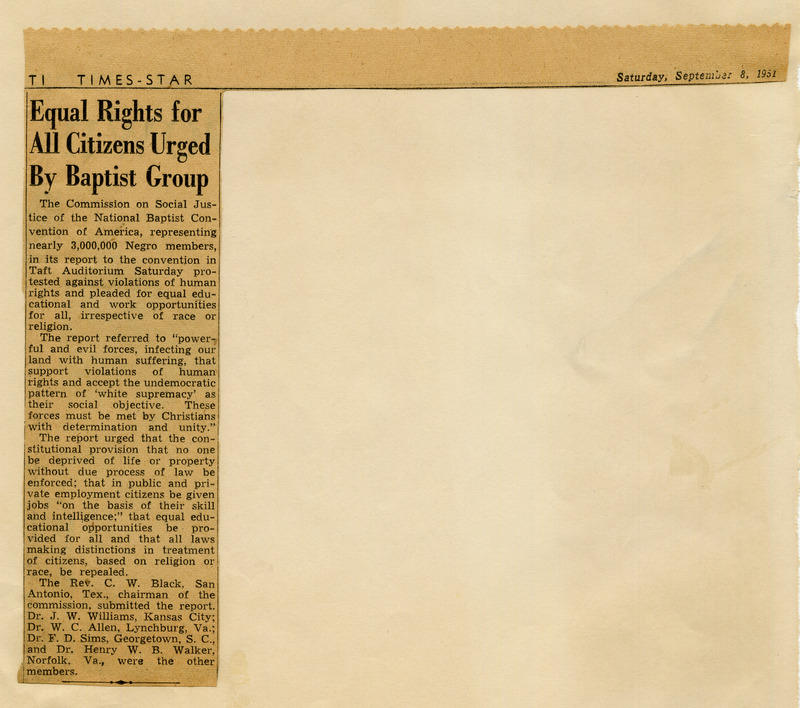 This news story discusses a report from the Commission on Social Justice of the National Baptist Association of America. The report argues that Christians should rise up and unite against segregation and injustice. 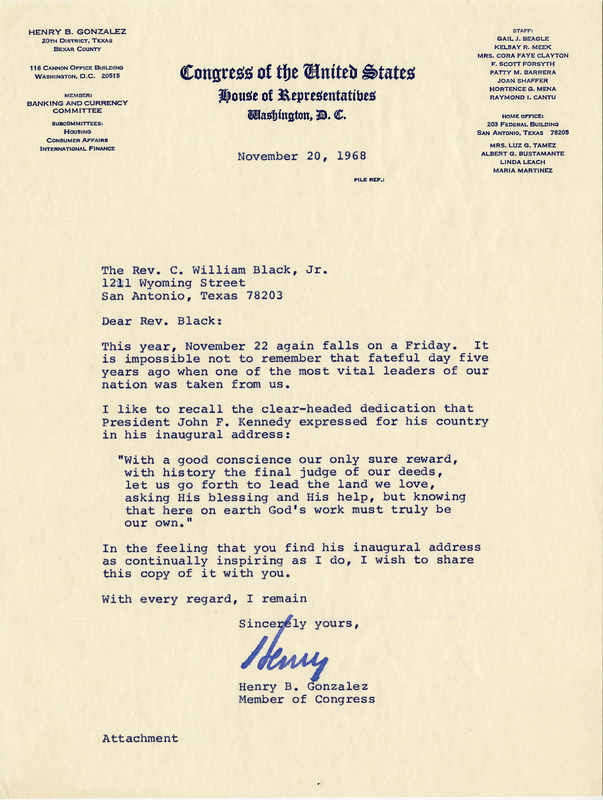 A letter from Congressman Henry B. Gonzalez reminding Rev. Claude Black of the religious incentives from President John F. Kennedy. 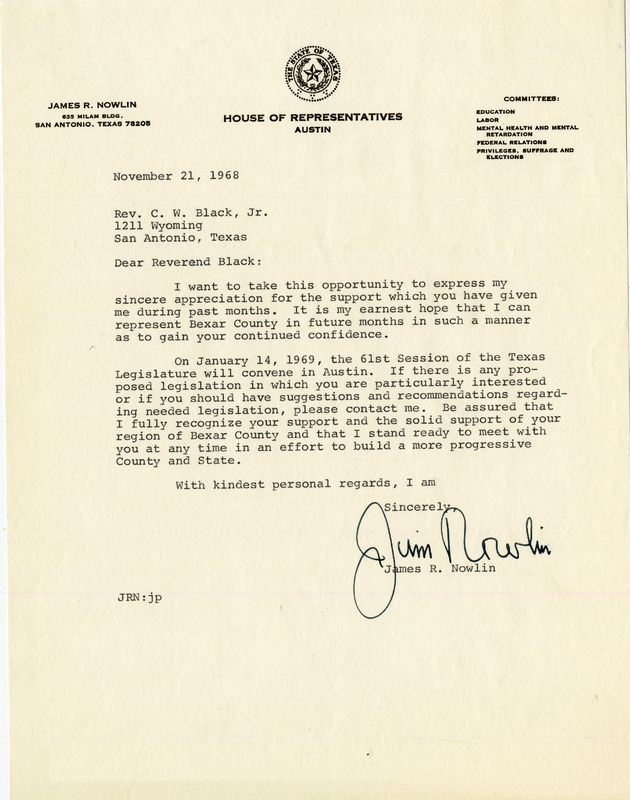 A letter from Representative James R. Nowlin appreciating Rev. Claude Black’s support and assuring him that he would support his policy agenda in return.