Claude Black's political engagement ranged from advocating for changes in state law to hobnobbing with local San Antonio political figures such as G.J. Sutton and national figures such as Lyndon Baines Johnson. Through it all, Reverend Black evinced a determination to improve the life of his local community. He campaigned for racially-liberal federal legislators and supported efforts to strike down discriminatory laws at the state and local level. As a City Councilman, Claude Black was a passionate champion for San Antonio's east side who challenged the city to take care of its African American population. Black always put the needs of the local community first.

In his activism, Black used his ties as a pastor with his local congregation as well as with other preachers to organize and achieve his political goals. These goals ranged from voter turnout drives, civil rights sit-ins, and boycotts to drafting moral statements, such as the National Baptist Convention of America's social justice report. Black's faith provided the foundation for his political and civil rights activism. 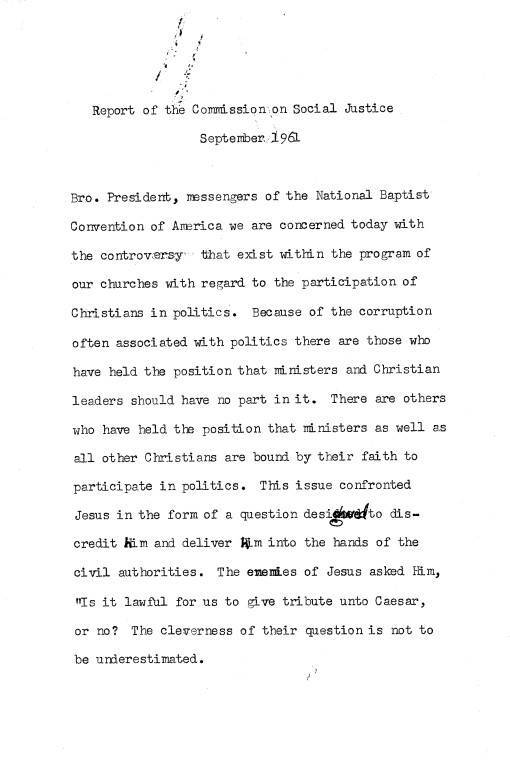 As a clergyman, a member of the N.A.A.C.P, and a member of the Bexar County Democratic Coalition, Claude Black merged his involvement in the civil rights community and the broader religious community. He believed that it was the duty of preachers to become involved in politics. Much like other leaders in the civil rights movement, such as Malcolm X and Dr. Martin Luther King, Jr., Black connected his activism with his faith. As a member of the National Baptist Convention of America, an organization that brought together many Black Baptist congregations and clergymen across the nation, Claude Black chaired the Social Justice Committee. This committee published a social justice report that emphaiszed the idea that clergy had a duty to fight for justice and involve themselves with civil rights activism. 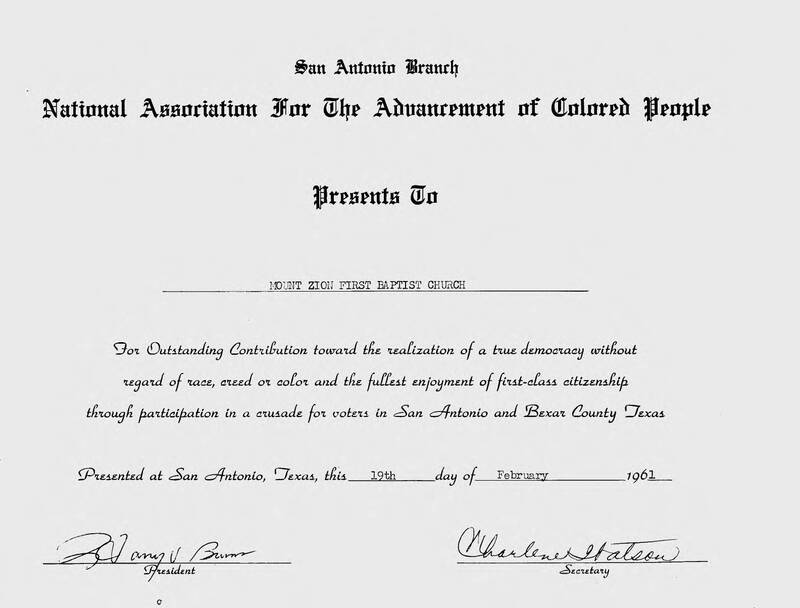 This Certificate is a commendation from San Antonio’s Local N.A.A.C.P Chapter to Mt. Zion Baptist church applauding its voter turnout efforts in 1960-61.

The N.A.A.C.P. recognition of Mount Zion Baptist Church provides a prime example that Claude Black combined his ministry with his political activism. The church had been a center of the African-American community that encouraged political participation and community organization.