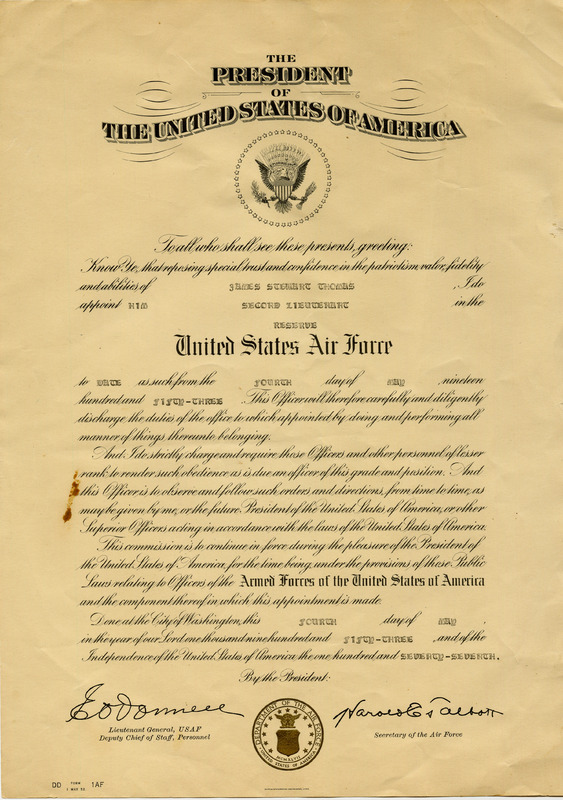 James Stewart Thomas was Zernona’s son from a previous marriage. The Reverend kept one of James’ air force certificates from 1953 when he was at the rank of second Lieutenant, which shows how much Black embraced family connections and how much he valued and loved James as a member of his family.

James Stewart Thomas Jr., known as “Jay” by the family, was Reverend Claude Black Jr’s grandson through James Stewart Thomas. Reverend Black stayed in close touch with Jay even though he lived most of his life in California and Baltimore, Maryland. He attended West Point and became a public television celebrity. Jay died in Los Angeles at the VA hospital in 1999. The Reverend kept the booklet and obituary from his funeral. 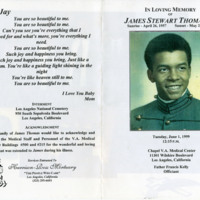 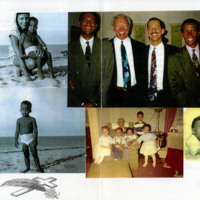 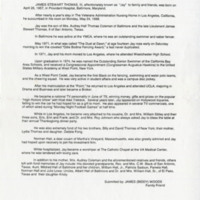