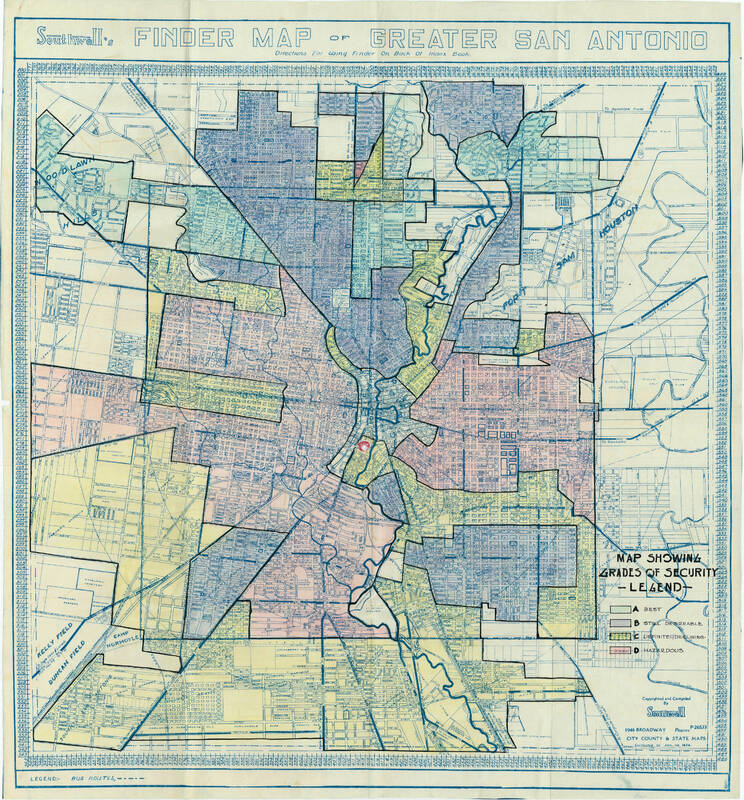 These maps, which the Home Owners Loan Corporation (HOLC) created in the 1930s, reveal racial segregation within San Antonio neighborhoods. The HOLC categorized neighborhoods with high populations of African American and Latino residents as “definitely declining” or “hazardous.” It then used these labels to deny home loans to people living in these communities. This policy intensified existing racial segregation and conditions of poverty as they prevented people of color from building wealth through homeownership and thus denied them opportunities to advance economically and improve their communities. This practice resulted in impoverished and crime-ridden urban cores, which disportionately affected people of color. The East Side, home to the Black Family and San Antonio's African American community, is one example of a neighborhood negatively affected by redlining.