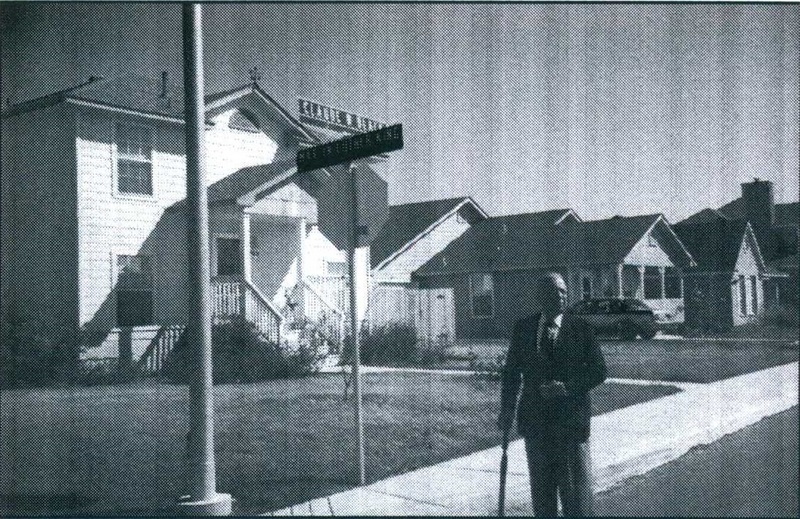 Reverend Black’s legacy can be seen today in the impact he had on the city of San Antonio. The importance of Claude Black and his message have been memorialized here in the city through a foundation formed his and ZerNona’s honor, the community center and street that carry his name, and the transformation of St. Paul’s Square into a heritage site. 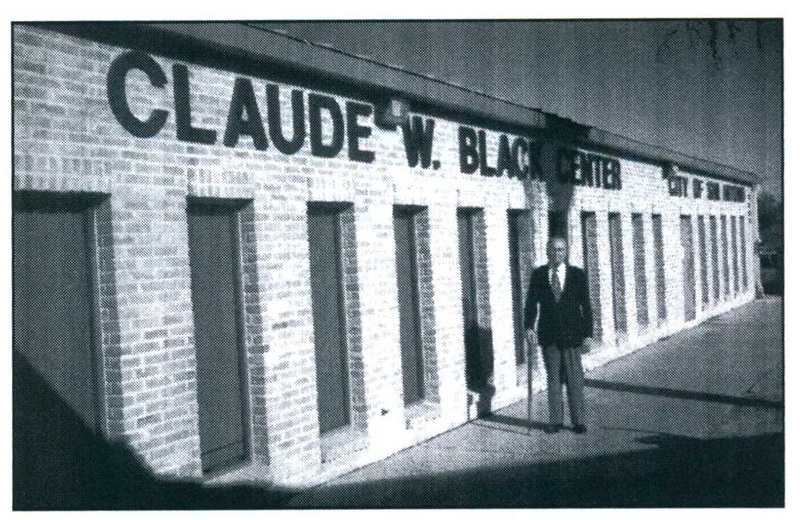 Claude Black standing in front of the community center that bears his name.

Rev. Black was an active leader in the San Antonio community, so it is fitting that the city dedicated a community center to him. Reverend Black noted in his autobiography the he was "extremely proud of the Claude Black Center, which provides community services for Senior Citizens, children and other programs." The community center continues to serve the San Antonio Community today. 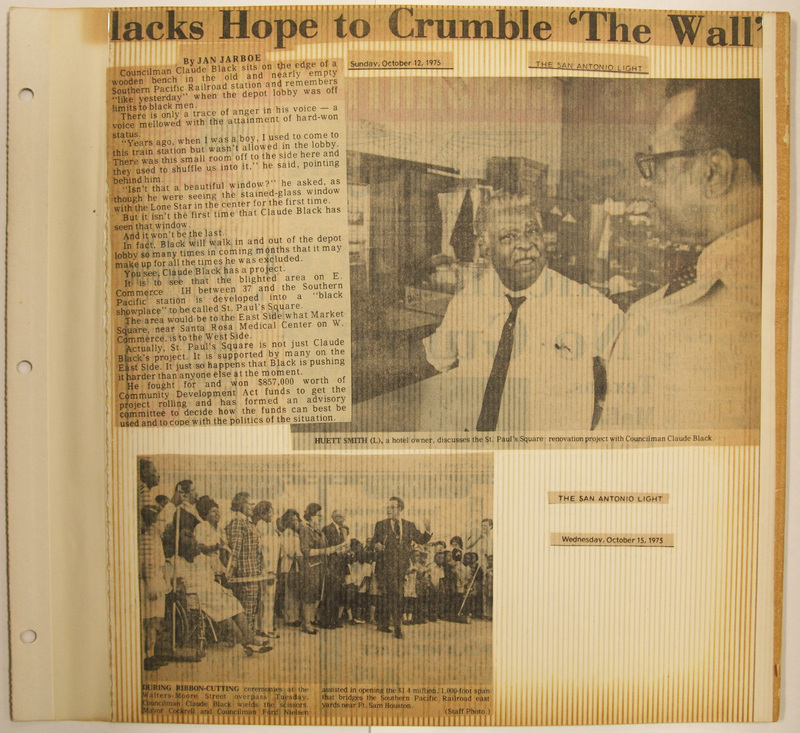 One of Rev. Black's goals as a city councilman was to restore St. Paul's Square and the surrounding area on San Antonio's east side. Following the construction the IH-37 expressway, businesses nearby on the east side fell into decline. Black led the push to have the area revitalized as a councilman, hoping that the area would become "a jazz center and black business district" that would attract business and heal the economy on San Antonio's East Side. Today, St. Paul's Square has been transformed into a historic and entertainment district, due in part to Rev. Black's campaigning.