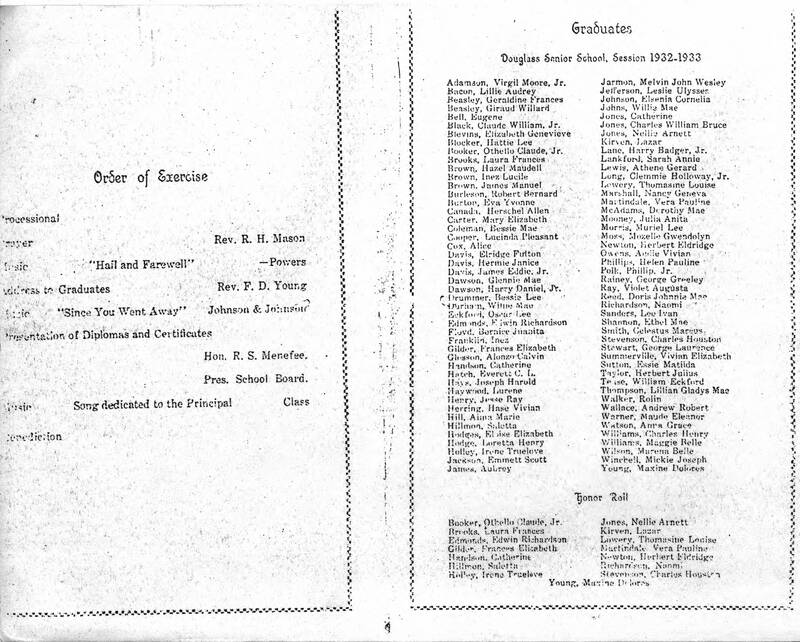 The last class to graduate from Douglass Senior School.

Claude Black remained involved in the legacy of his high school, attending the 50th anniversary reunion in 1983 with his wife ZerNona and working with the San Antonio Conservation Society to create a historical marker for the historic campus of the Rincon/Douglass School in the 1990s.

During the three-day long 50th graduation anniversary reunion, Rev. Black posed for a photograph with the other members of the class of '33 on the steps of the historic campus, now Frederick Douglass Elementary. He and ZerNona also partook in other events at the reunion. 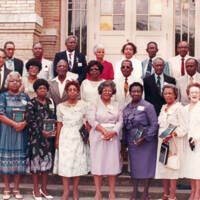 Rev. Black, found in the second row far left, posed with other members of the class of '33 attending the reunion. 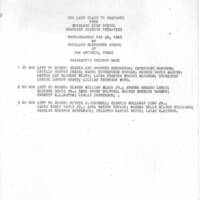 List of members of the class of '33 in the photograph at the reunion. 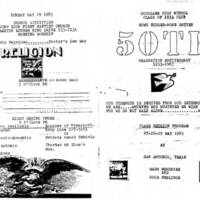 The 50th Anniversary Reunion pamphlet detailing the events of the reunion. Exterior. 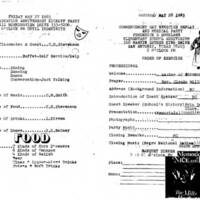 The 50th Anniversary Reunion pamphlet detailing the events of the reunion. Interior. 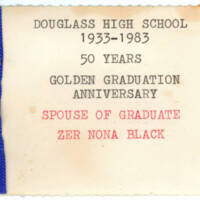 ZerNona's name tag from the Golden Graduation Anniversary reunion, listing her as a "spouse of graduate."