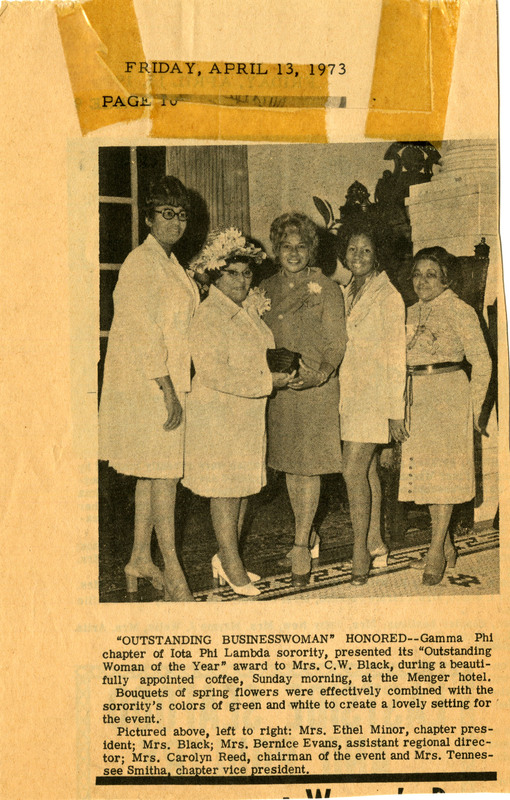 Newspaper clipping of an article describing the award ceremony for "Outstanding Woman of the Year" reciprocant ZerNona Black. 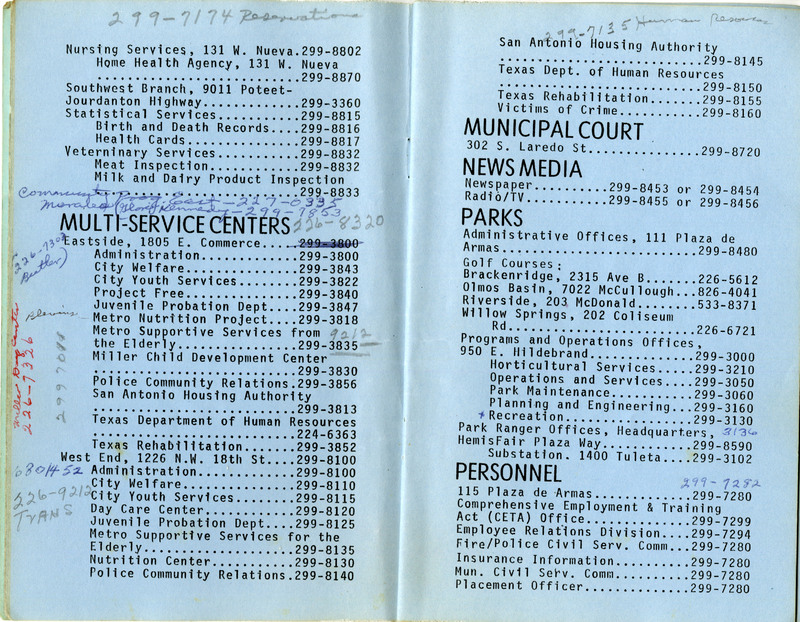 ZerNona Black's personal copy of the Municipal Telephone Directory has its margins filled with written-in numbers for municipal officials.

Throughout her life, ZerNona Black received numerous awards for her community involvement and committed faith. Though Claude was at the center of ministerial life, ZerNona worked, sometimes in the background, to ensure the competent management of the Mount Zion First Baptist Church and its constituent community and their social and community projects.

Her entrepreneurial spirit was apparent in her efforts to pioneer the creation of several Multi-Service Centers located in predominantly African-American San Antonio communities. As meeting points for members of the community of any age, these centers fostered meaningful community connections. Indeed, San Antonio still operates the ZerNona Black Multi-Generational Culture Community Center and the Claude Black Community Center to this day.

ZerNona also received national recognition for her creation of Health, Inc., a collection of senior care centers. In addition, her sorority chapter recognized her as the “Outstanding Woman of the Year.” ZerNona’s personality was legendary, and her frequent recognition for community awards is a testament to that. The city of San Antonio still honors the couple with the Rev. Claude and ZerNona Black Scholarship Endowment Fund.