ZerNona Black strove throughout her life to complement to her husband’s efforts. She was an important part of the Mt. Zion community as First Lady of the church and she worked hard to assist families in the San Antonio black community. She was also a caring mother and grandmother.

In 1943, ZerNona became the director of the San Antonio USO for Black Military. It was this move from to New York to San Antonio, Texas that led to her meeting Claude Black and marrying him in 1946. During her time with the USO, ZerNona worked with African American service members and their families to alleviate the burden of military service.

While in San Antonio, Zernona joined the Alpha Tau Omega chapter of the Alpha Kappa Alpha sorority and remained a lifelong member.

ZerNona continued to support the African American community of San Antonio in her work as co-founder of Health, Inc., the San Antonio chapter of Jack and Jill, Inc. Health, Inc. operated as a day care agency for seniors, especially those in low income situations.

ZerNona’s partner in good was the Reverend Claude Black. Their marriage was 58 years of love and support, between both themselves and the San Antonio community. 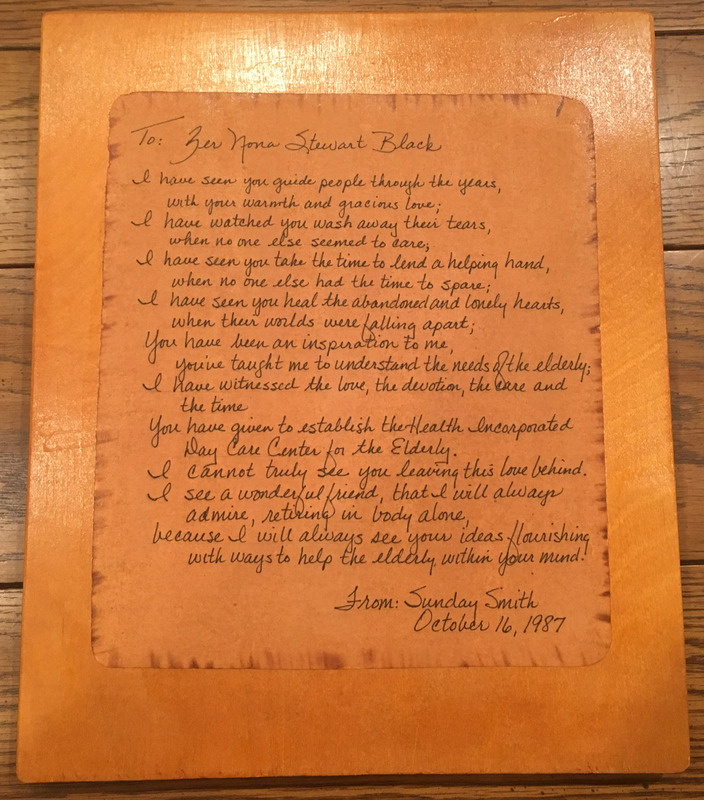 A plaque given to ZerNona Black, celebrating her retirement, by Sunday Smith on October 16, 1987.