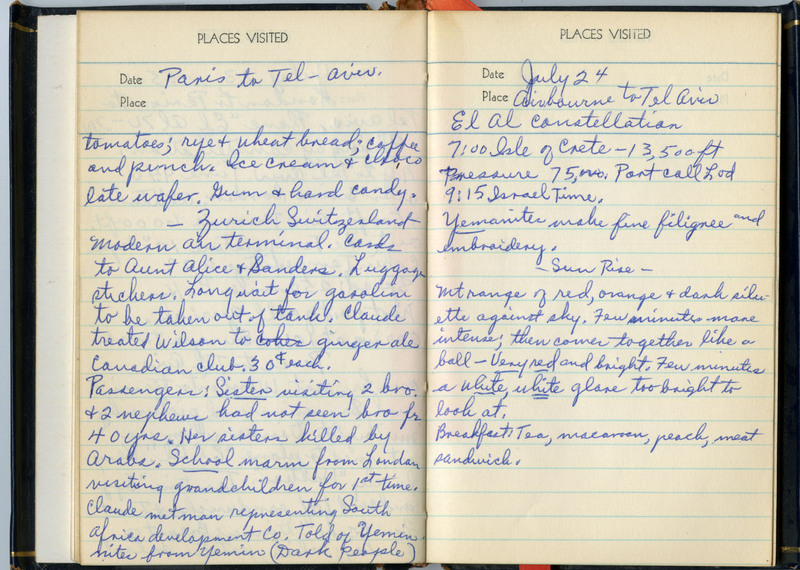 Travel diary used by ZerNona Black during a 1955 trip to Paris, Zurich, and Tel Aviv. ZerNona describes the aircraft, its flight status, meals, passengers, and the sights out the windo in great detail. 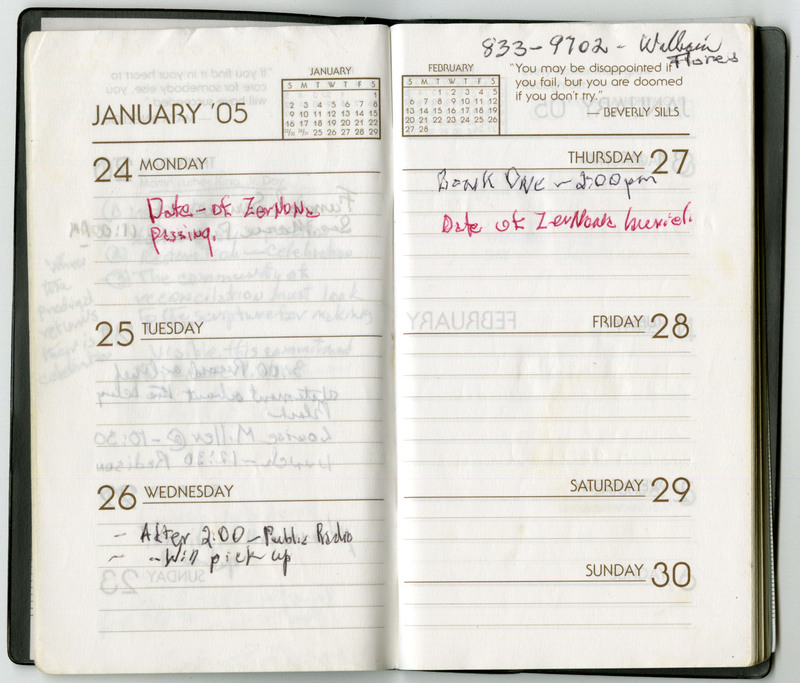 In his own hand, Rev. Claude Black Jr., marks the death and burial of his beloved wife, ZerNona. Just two weeks after her death, he similarly marks ZerNona's birthday, and the couple's wedding anniversary. 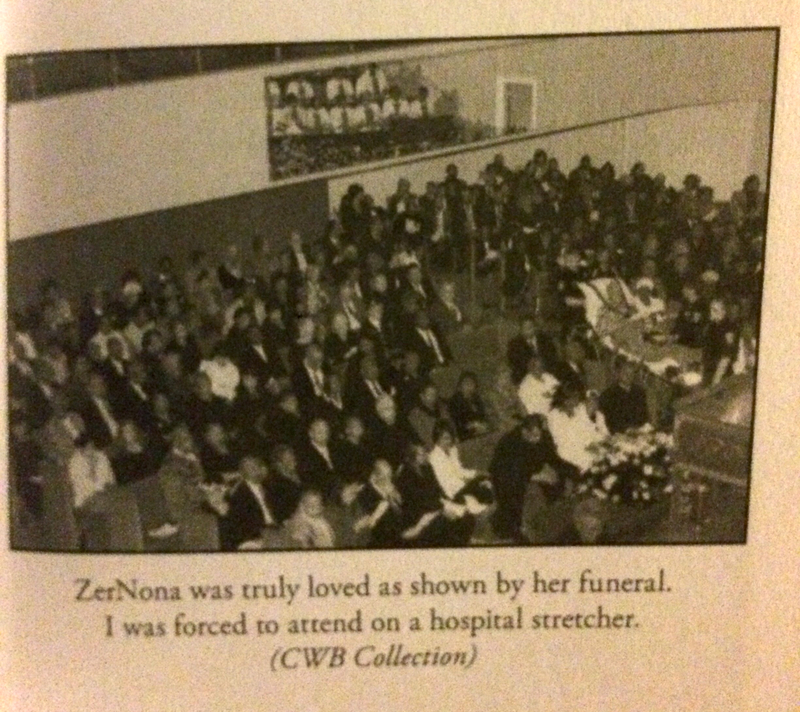 Despite being hospitalized at the time of ZerNona's funeral, Claude insisted on attending. Thus his doctors allowed Claude to go to ZerNona's funeral in his hospital bed, which can be seen to the mid-right.

ZerNona and Claude Black were married for nearly fifty-eight years, and together they had two children, six grandchildren, and nine great-grandchildren. The couple first met when ZerNona took a position with Black Military of the YMCA-USO, a group created to support and African American military personnel. By 1946, the couple had married, surpassing the “three month stint” they originally expected.

While Claude served as a pastor at Mount Zion First Baptist Church in San Antonio, ZerNona organized the numerous members of the congregation and planned and implemented its events with a strict attention to detail and unwavering faith.

ZerNona’s attention to detail is a consistent character trait throughout her life, which is evident in her personal notes, diaries, and calendars. Not only did she accurately manage the frequent community and ministerial gatherings, she also aided Claude in managing his personal time commitments. ZerNona applied this careful attention to detail to her personal life as well. In her travel diaries, she took frequent notes regarding the status of her flight, passengers she sat near, and any other thoughts she deemed worthy to record. Nearly every day of her calendars are filled with weekly events, meetings with city officials and the ministers, and the margins are similarly brimming with her hand-written notes.

ZerNona passed away on January 24, 2005. Her death had an enormous impact on Claude. Though bedridden from a chronic illness, Claude attended ZerNona’s funeral on a hospital stretcher. ZerNona and Claude’s relationship enabled them to achieve their mutual goals in a way that both deepened and strengthened their connection. ZerNona Black is interred at Meadowlawn Memorial Park, San Antonio, Texas.