Westmoorland College for Girls shifted to a co-educational institution starting in the 1933-34 school year. While the reason for this change remains ambiguous in the archival record, it was likely made due to financial concerns. This expansion of the student body prompted an increase in course listings, the emergence of men’s athletic teams, and a general shift in the culture of the institution. Aside from subtle changes to yearbook design and a name change from “Westmoorland College for Girls” to simply “Westmoorland College,” the school’s shifted gender dynamics are barely discussed in school publications of the time.

Male students were allowed to enroll strictly as commuters in the 1933-1934 school year. However, by the next year, they were fully integrated into the fabric of the school with their own residential halls and student organizations. This section explores the years of Westmoorland’s transition to co-education, from 1931 to 1934, as well as the transition’s lingering effects in later years. In particular, the introduction of men’s athletic teams and changes to course offerings affected the culture and experiences on campus for all students.

A Shift in Campus Culture

The first mentions of a possible transition to co-education appear in a Board of Trustees’ annual report from 1932. The board members said little about the logic behind their decision, which they implemented swiftly in 1933. As Westmoorland College became a co-educational institution, the culture of the institution changed drastically. This is evident in the design of the campus yearbook, The Wand. Once a publication that abounded with whimsy, inside jokes, and creative flair, these creative designs waned in favor of more traditional layouts after the appearance of male students. Westmoorland was no longer “for Girls,” but rather an institution where male and female students both lived on campus and distinguished their gender roles through athletics and female-only organization. Though co-education was unchartered territory for Westmoorland, a letter from Dean George Pickens states that the effort “fully justified itself” within its first year.

These cover pages from Westmoorland’s 1931-1932 and 1933-1934 course bulletins reflect the college’s unceremonious transition to a co-educational institution. The font, emblem, and building illustration remain the same, yet Westmoorland College is no longer listed as “for Girls,” but rather “Co-educational.” 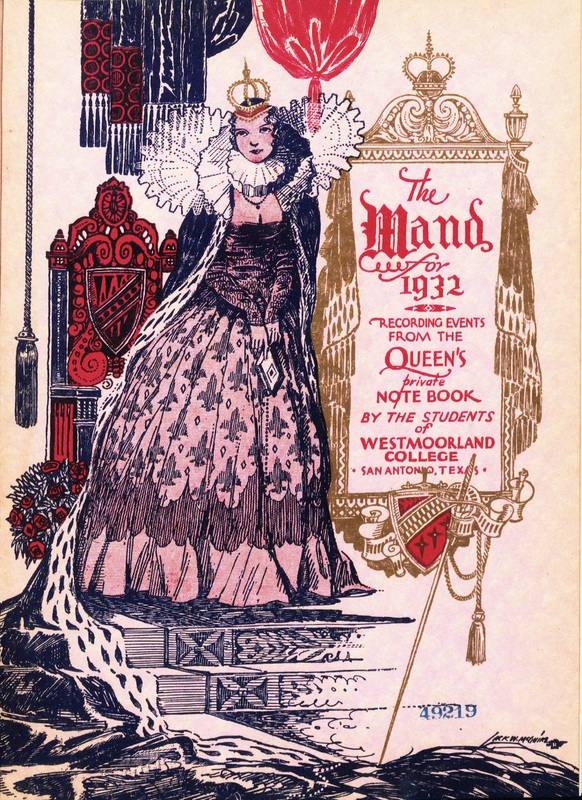 The title page of the 1932-1933 edition of The Wand—“recording events from the Queen’s Private Notebook”—reflects the creativity of an all-female yearbook staff. A previous year’s design included a witch-themed publication complete with elaborate spiderweb parchment paper. 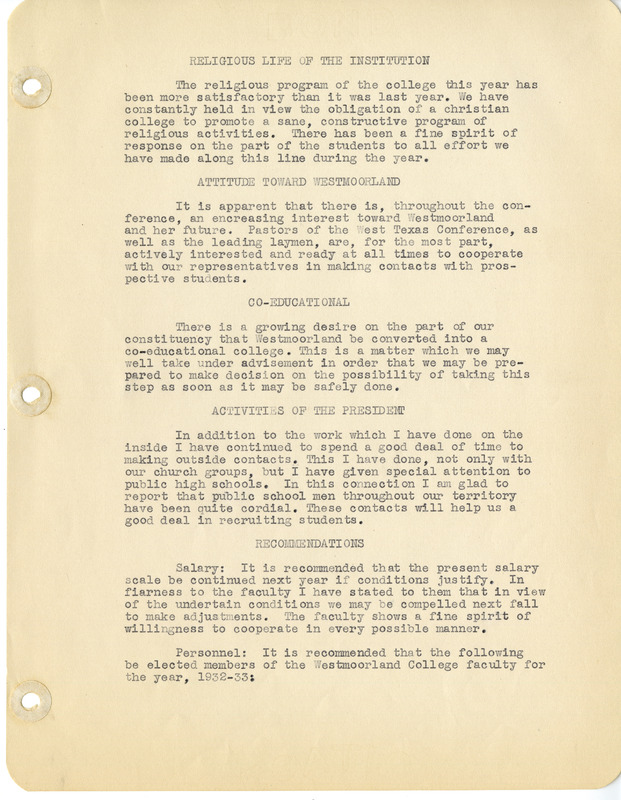 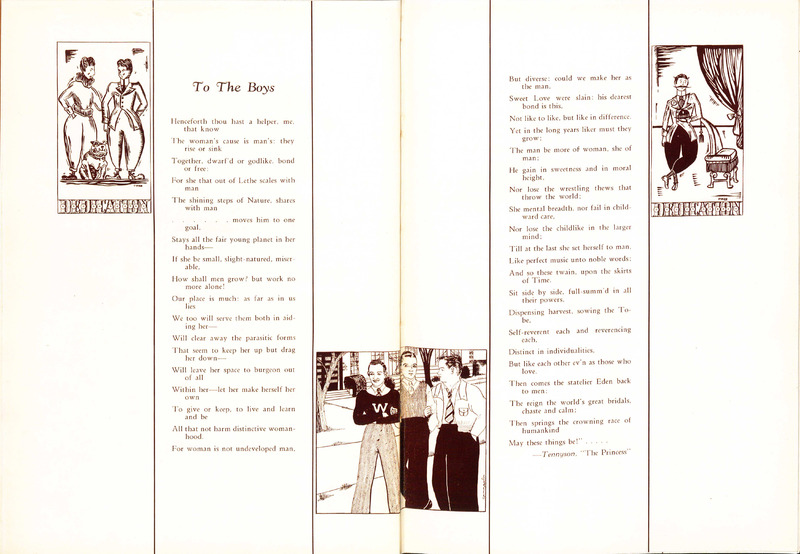 The 1933-1934 edition of The Wand acknowledges the addition of a male student body through its dedication “To The Boys.” In quoting Alfred Lord Tennyson’s “The Princess,” the yearbook staff acknowledges the co-existence of male and female students while maintaining that “woman is not undeveloped man.” 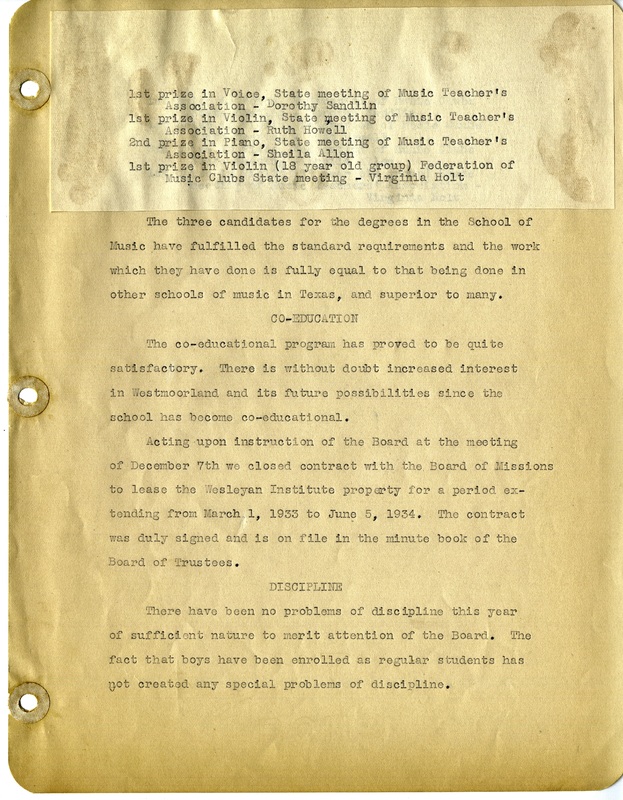 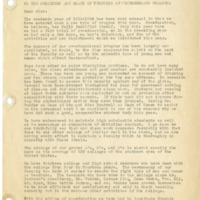 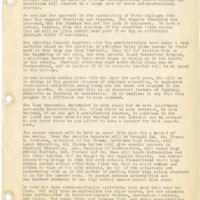 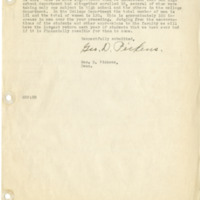 In this letter from June 1934, Dean George D. Pickens lists the accomplishments achieved by the university during its first fully co-educational year. He writes of a dramatic increase in the number of extracurricular activities, including athletic teams. Additionally, he claims that “boys have added no major discipline problems.”