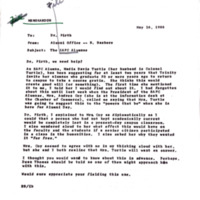 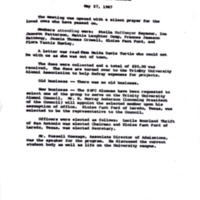 The minutes for the May 1967 SAFC Reunion meeting stated the desire to establish a representative from the Female College to serve on the Trinity University Alumni Council. This position gave a more influential voice to the SAFC alumni, thus suggesting that the council valued insight from the alumni.

The letter from Mr. Bashore demonstrates hesitancy to include all alumni in Trinity traditions. SAFC alumni were welcomed in commencement ceremonies, but the involvement of these graduates in course gratis was considered too much by some stakeholders. This relationship is further complicated by the fact that the Trinity University Alumni Council sought out graduates from SAFC, Westmoorland, and USA to serve as representatives. 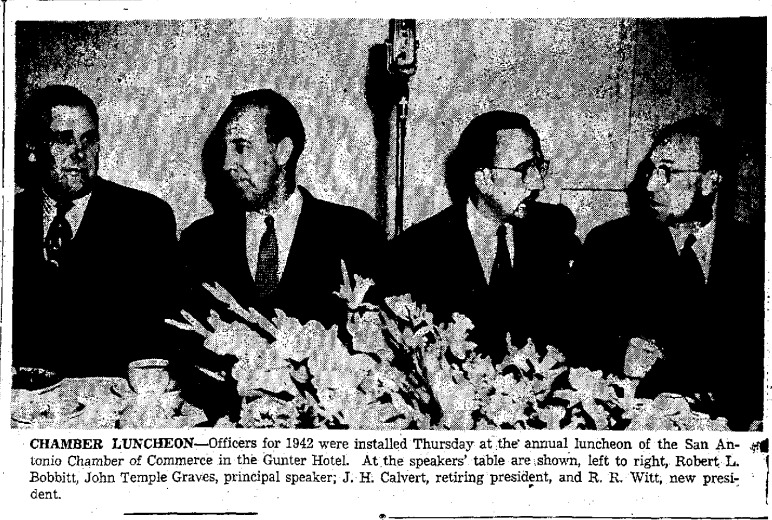 The documents provided reveal the differing views on alumni's involvement in Trinity traditions. While there was pushback on SAFC graduates in course gratis, the graduates were also highly encouraged to donate to Trinity University. After viewing these opinions, does it seem that there was a strong desire to foster a Trinity community within alumni of all eras of the institution to build Trinity tradition, or was the purpose to secure donations?