Although certainly important, academics alone did not define life for everyday life for students at the San Antonio Female College, later known as Westmoorland College. From adjusting to dormitory living to participating in the many available campus activities, such as clubs and student organizations, student life at the college was varied and exciting. This excitement for student engagement only heightened when the campus became coeducational in 1932 and when the school merged with Trinity University in 1942.

Societal and religious norms of purity and femininity closely dictated social life for students of San Antonio Female College in the early 1900s. However, social life remained very active and still allowed students a sense of freedom. Students fondly recalled their outings to church and restaurants with Dr. J. E. Harrison, president of the college, and Ms. Sarah Walton, principal and English teacher.

Perhaps less fondly looked upon, but still well-remembered, was the discipline required for students. Octavia Downie Smith, Class of 1911, recalled that “the rules were strict, but the discipline was good.” Life at San Antonio Female College left women well-prepared for life as a woman in upper-class society. Several alumnae recalled Ms. Walton correcting their uniform with such rules as no ribbons in one’s hair, to always put on your gloves before leaving your room, and never to powder your nose in public. Similarly, the 1900 San Antonio Female College Quarterly noted “Habits to be Shunned,” which included: “chewing gum…using slang…seeking social notoriety…[and] costly dress” (13). College education in the early 1900s was intended to mold largely upper-class women into model citizens and wives, instructing them in ideal female behavior and social norms. Despite these rigid moral and behavioral expectations for the students, women at San Antonio Female College still made the most of their social lives.

The transition to coeducation in the 1930s brought just as many changes to student life as it did to the school’s academics. With the influx of male students, campus culture became less insular, and Westmoorland College began to integrate into the larger San Antonio community. The range of extracurricular activities broadened to include, among others, intercollegiate sports and debate teams, as well theatrical performances and festivals open to schools located all over San Antonio. 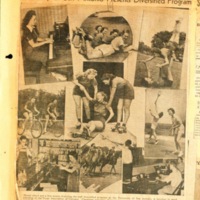 The photos in this collage represent the spectrum of extracurricular clubs and activities available to University of San Antonio students, ranging from Chemistry Club to roller skating. Students’ options diversified first as the school first became coed, and then continued to grow. 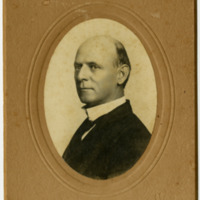 Above is a portrait photograph of SAFC President, Dr. J. E. Harrison. Dr. Harrison stood out to the students as a well-loved campus figure. Additionally, Dr. Harrison officiated weddings for several of the students.