San Antonio Female College changed considerably over the course of its existence. The first marked change came during the 1903-1904 school year, when the San Antonio Female College changed its grading from a ten-point scale to a hundred-point scale. College leaders adjusted this to allow for greater specificity in the grading process. However, the fundamental processes of grade promotion would not change until the 1929-1930 school year as grading shifted to a letter grade, including an E for conditional promotion. This new flexibility in evaluation would be maintained and further emphasized when the college changed its name for a second time in 1937, becoming the University of San Antonio. This new method organized students into simple sections of honors, satisfactory, and unsatisfactory, with a preliminary category of marginal. The simple evaluation categories allowed the university to better focus on individual student growth and progress over enumerative value. 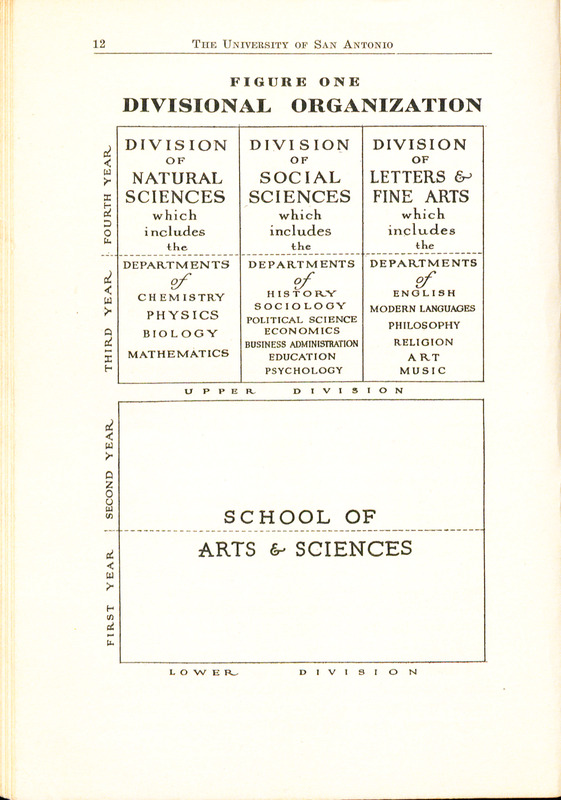 The new division of studies accompanying the change to a four-year institution. 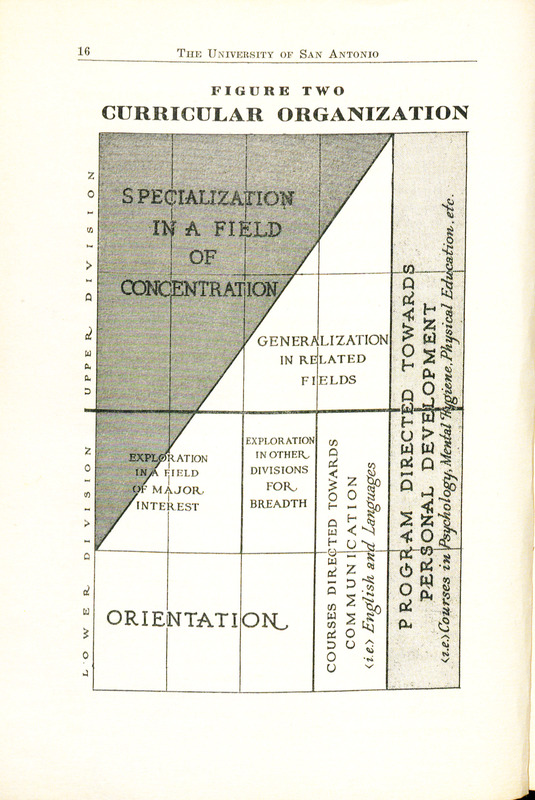 The University of San Antonio program encouraged academic specialization and solid general academic foundation. Much like the liberal arts program of Trinity today!

By far, the greatest change would come when the College became a four-year institution and changed its name to the University of San Antonio. The Junior College became the “Lower Division” and ”School of Arts & Sciences." The new Upper Division consisted of three divisions (the Natural Sciences, Social Sciences, Letters & Fine Arts), each covering subjects that today have their own major programs. 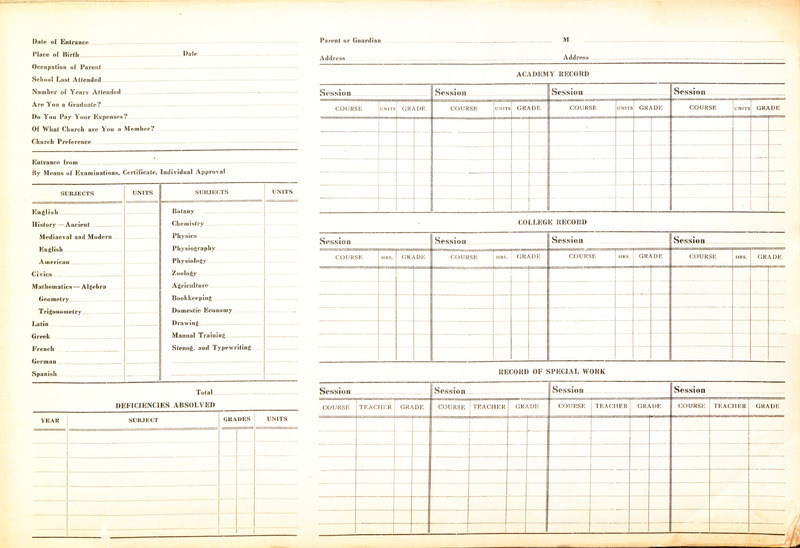 Place yourself in the shoes of a student in 1918 and imagine your grades filling this page.

← A Special School
What Degree is Best for You? →
Academic Life
Ever-Evolving Education