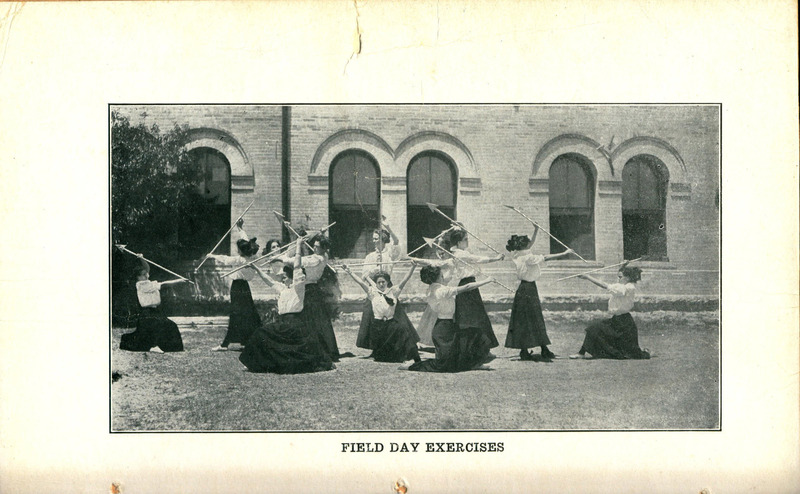 During its lifetime, the San Antonio Female College consisted of multiple academic institutions. This included the Academy, which taught modern high school students, the Junior College, which taught preparatory college courses for enrollment in a University, and the various Special Schools allowing for a greater range of individual study within the college.

Known first as preparatory courses in the 1897 bulletin, high school level courses were always available to SAFC students, and the college often required them for earning a degree. This requirement meant a degree program might take students roughly five years, with two years of preparatory courses and three years of college-level courses. High School courses offered via the Academy were important aspects of academic life until the college discontinued them in 1937 as part of its change into The University of San Antonio.

Reflect on the courses available to academy students in 1918.

The main department of San Antonio Female College was the College, referred to for most of its history as a Junior College. This division of the institution prepared students for admission to an accredited university. The College offered classes from every discipline under a fixed course to provide a liberal education and broad preparation for university-level work. The College was authorized to offer degrees for a Bachelor of Arts, Bachelor of Literature, and a Mistress of English Literature. In 1936, when the College became a four-year program, it began offering a Bachelor of Arts and a Bachelor of Science.