Discrimination and Racism in the West Side 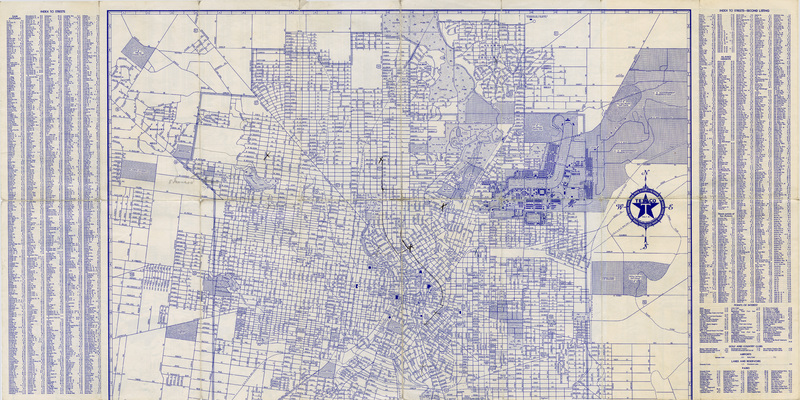 This map depicts the former West End Development where the San Antonio Female College was located (see the northwest section of the map). In its place, this map from the 1930s displays the college's future co-ed name, the University of San Antonio.

The trustees of the San Antonio Female College recorded in an 1890 meeting that they had received a land grant from the West End Town Company where they could establish the campus of the new college. The college founders, members of the West Texas Conference of the Methodist Church, more than likely selected this rural, "secluded" land because it was far away from the diverse downtown centers at the time.

Despite not naming it explicitly, the San Antonio Female College was a white-only institution for a long time (though this does not mean that minority women may not have passed as white to attend). This racial policy was reflective of the greater West side's history of racism and discrimination. 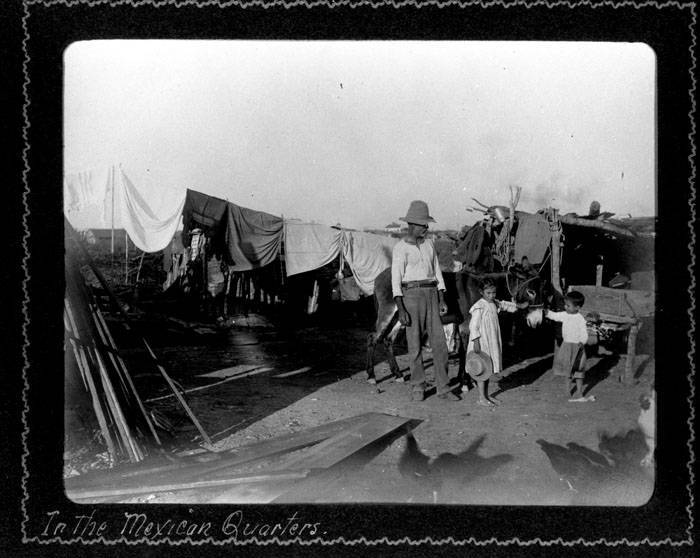 This photograph from 1902-1904 shows an unidentified Mexican family on the West side of San Antonio. The family stands near their burro (donkey) and their jacal (house hut) is behind them, reflecting the challenging qualities of life many people faced on the West side (image courtesy of the UTSA Digital Special Collections).

19th century San Antonio was racially segregated, particularly after the Civil War. Mexican-American communities lived west of the San Antonio River and west of San Pedro Creek, while German, Anglo, Black, and Irish immigrant communities lived north, east, and south of the Mexican "ghettos." Racial segregation compounded on the west side of the city with discriminatory pricing practices, which contributed to impoverished conditions, a lack of running water and indoor sanitation, substandard housing, fewer parks, and unpaved streets "west of the creek," as the West side was known. Nevertheless, these disadvantaged families flourished and lived bountiful lives.

Located just a few blocks north of the city's most neglected communities, the San Antonio Female College had no trouble establishing the best living conditions for its white community. Watson reveals that the area boasted of an "artificial lake, fine electrical (street)car system, and electric lights," while the college proudly advertised in its 20th-century catalogs about its new fences, new library, clean water, lighting, and indoor heating.

The neighborhoods around the college grew in popularity and size in the early 20th century due to the benefits of the new railroad and streetcar lines. Watson noted that this was because the streetcar allowed (Anglo) white-collar workers to leave the dense inner city, with its “objectionable characters, saloons, poorhouses,” and commute back and forth from the suburbs. Affluent housing communities like Beacon Hills, Prospect Hill, and Woodlawn Hills were examples of the high-priced neighborhoods around the college that kept lower-income families out.

Thus, the San Antonio Female College's location and success were deeply intertwined with the arrival of the railroad, the streetcar, and discrimination in San Antonio. What did you learn that was new information to you in this exhibit? Did any of these factors shape the development of your neighborhood in San Antonio?

← The West End Street Car and the Galveston, Harrisburg, and San Antonio Railroad in San Antonio
Timeline of SAFC →
Welcome to Campus!
19th Century and early 20th Century San Antonio
Discrimination and Racism in the West Side