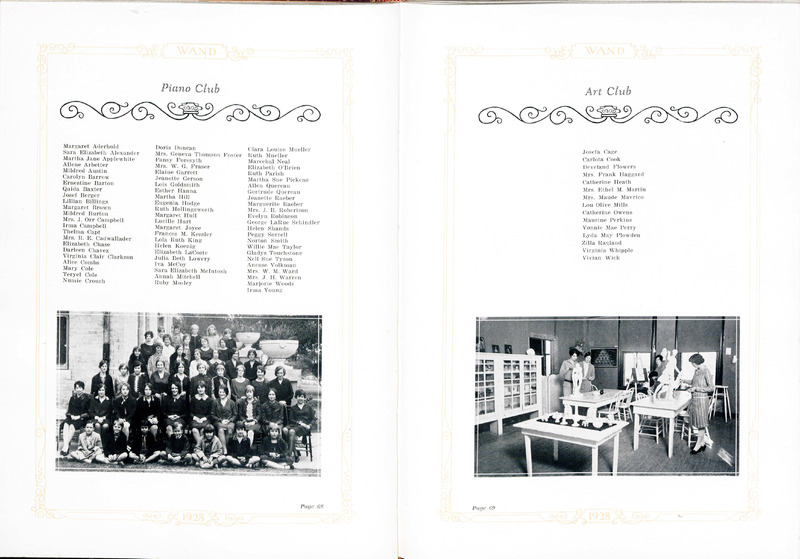 This photo depicts the Piano Club and Art Club from the 1928 Yearbook. Piano was a common pastime for young women through the 19th and 20th Centuries, including at San Antonio Female College. What similarities can you see between a college art classroom of the 1920s and a modern art room? 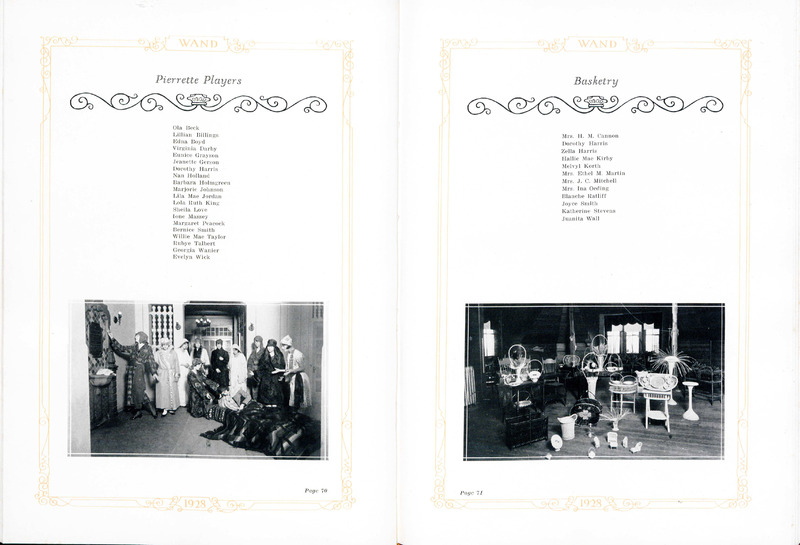 This photo depicts the Pierette Players and Basketry Club from the 1928 Yearbook. "Pierette" refers to the female version of a "Pierrot," a male clown or theater performer. Note the large variety of items made by the Basketry Club; which is your favorite? 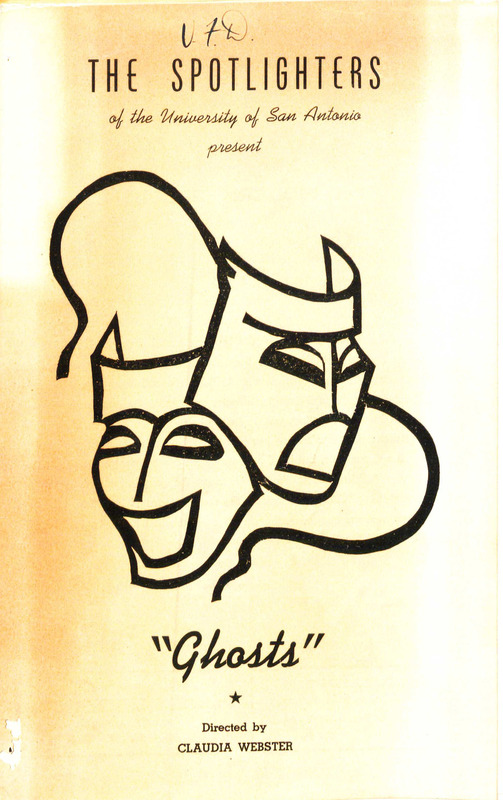 In 1939, the University of San Antonio theater troupe The Spotlighters put on Henrik Ibsen’s 1881 play Ghosts. This playbill includes students’ autographs from both the cast and crew.

Fine Arts were a large part of life at San Antonio Female College, especially in its earlier days, when many of the majors offered were arts-related.

As a result, there are many memories associated with the arts from students of San Antonio Female College. Miss Ina Jamison Patterson, Class of 1904, recalled that she “was very happy when Miss Walton told me that I was to play a piano number as the class filed into the auditorium for the graduation program. She told me that it was a signal honor.” Additionally, there were several arts-based clubs in the college, including basketry, choir, theater, art club, and more.

The yearbook also prominently featured student art. Several yearbooks from the college contain drawings by students for section-headers and title pages. Another student, from 1911, recalled that “at almost any hour of the day or evening one could hear at least a dozen pianos going.”

These images are Estelle Pollard's yearbook photo (left) and her title page drawings in the 1928 yearbook (right). Click to enlarge the photos—do you notice any hallmarks of the 1920s in Estelle's drawings? What would you have designed for these pages?