Death and Dying in "Unto Thee" 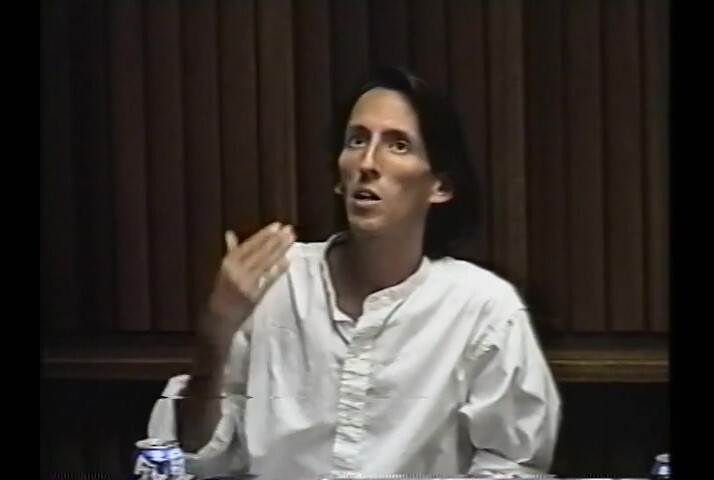 David Matias came to Provincetown in 1988 to write, direct, and act in various theater productions. In 1990, he began showing signs of his AIDS infection. On Thanksgiving of 1996, Matias celebrated a union ceremony with his partner, Dr. Lennie Alberts, performed by Matias’s father, the Reverend Matias Rodriquez. Less than a month later, Matias passed away from AIDS. He was thirty five years old.

The play Unto Thee is a heart-wrenching story of a young couple’s first baby, told through various flashbacks to the pregnancy, scenes at the hospital just after the birth, and the present. May and her husband, Keith, both fervently wished for a child. When their little boy, Jacob, is born prematurely and with severe deformities, Keith begs the doctor and nurse to let him see and hold his long-awaited son. However,when he does, an “indescribable” emotion grips him and he lifts Jacob high over his head then drops him to the floor to end his suffering. The scene shifts to the doctor and nurse discussing who was truly “playing God” and interfering with life and death—the hospital, which hooked the baby up to artificial life support, or the father who ended his child’s suffering. The play concludes with an emotional confrontation as Keith gathers his things to move out and give May space resolving in an embrace when May realizes that Keith is all she has left after the grueling pregnancy and loss of her child. 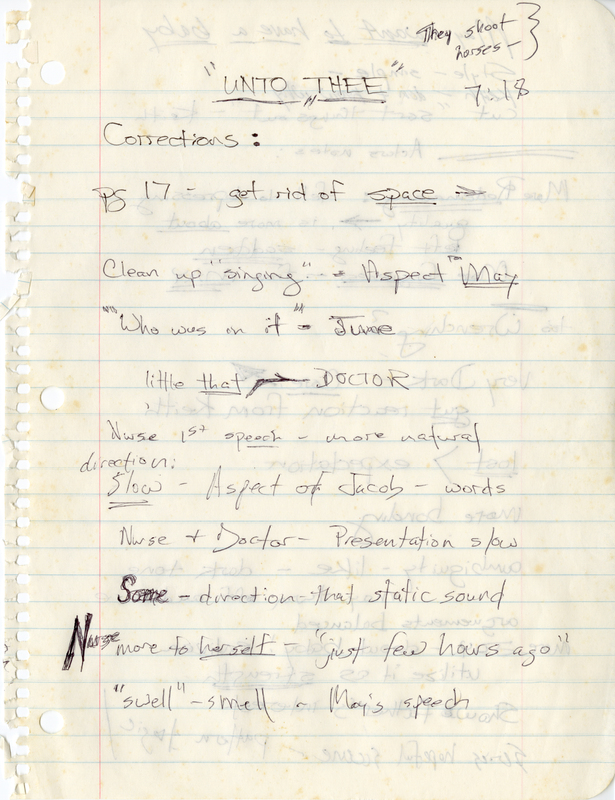 David Matias’s plays deal directly with AIDS—or death and disease in general—and in a 1992 interview he reflected that his diagnosis “teaches me that you need to embrace fear because it’s amazing where it can take you. You can sit in fear and see where it takes you spiritually and the challenges it gives you. It does enrich your art.” 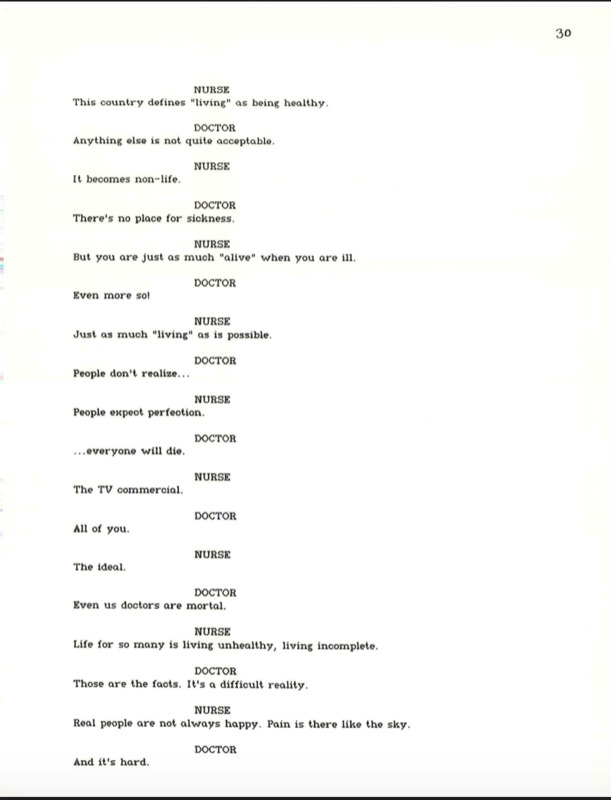 This excerpt of the undated play Unto Thee captures the tense moment when the doctor and nurse are lamenting the stigma that society places upon death and illness. In a poignant moment of insight, the Nurse says “Life for so many is living unhealthy, living incomplete” and that “Real people are not always happy. Pain is there like the sky.” Since there is no date on this play, it is difficult to know whether this dialogue is a reflection of Matias’s life view following his own diagnosis.

← Power in Play
Other Productions →
Provincetown Theater
"Unto Thee"