The Night With No Dawn: The Emotions of Diagnosis

An AIDS diagnosis is complicated on every level: physical, emotional, familial, and societal. After receiving his diagnosis, David Matias undoubtedly shared in all of these anxieties. His poetic works reflect his effort to grapple with this life-changing event. This section of the exhibit highlights five such poems: “Doctor’s Report,” “Fifth Season,” “Enter,” “Fooling the Forsythia,” and “A Pretending Era.” In these poems, Matias reflects on his diagnosis. Notice his tone and word choice, which are more somber and introspective than some of his earlier poems. The topics of disease, mortality, and the fear of running out of time also shape every piece, a possible hint of his own fractured emotional state at the time. 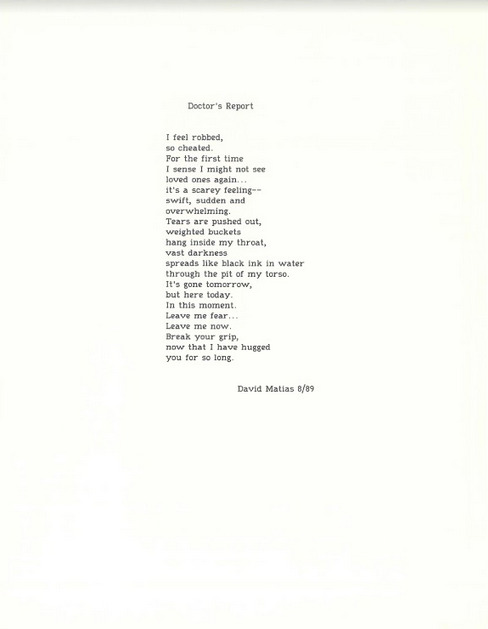 This poem depicts Matias’s reaction upon first learning of his diagnosis. His sense of fear is already evident in the language that he uses, and the tone is reflective of the sudden, overwhelming storm of emotions quickly building in his mind. Despite his repeated attempts to drive away the fear through his writing, however, readers are left with a clear sense of foreboding and dread. 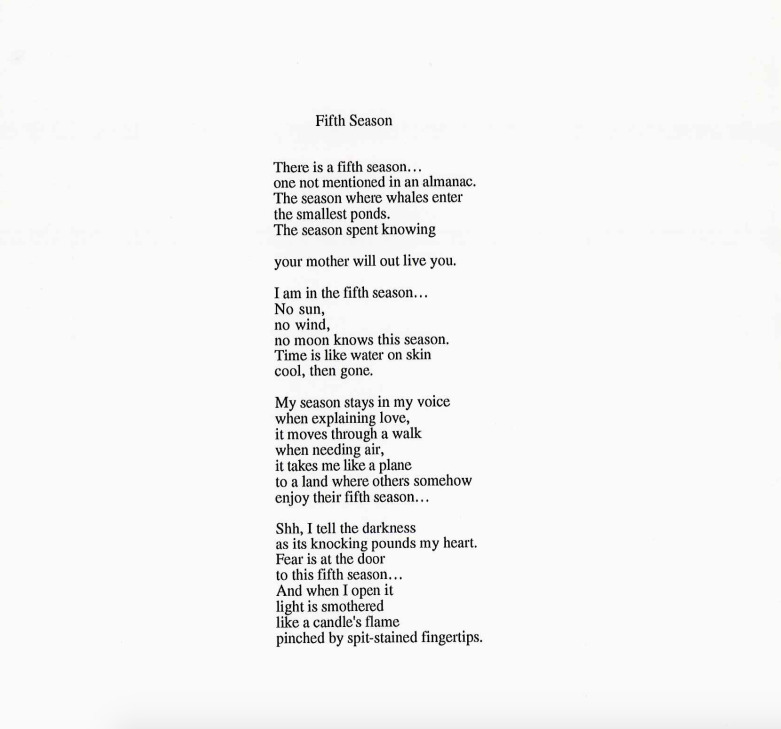 The emotions present with an AIDS diagnosis did not always consist of fear. In this poem, Matias’s language presents a moment of quiet reflection. There is also deep loneliness in this particular piece, reflective of the reality faced by many AIDS patients—despite all of the help they received from the outside world, they were the only ones who could truly understand each other’s pain. The poem ends with the image of a candle being snuffed out, both a reminder that Matias’s time is drawing short and that, as far as he knows, there will be no one able to keep his flame. 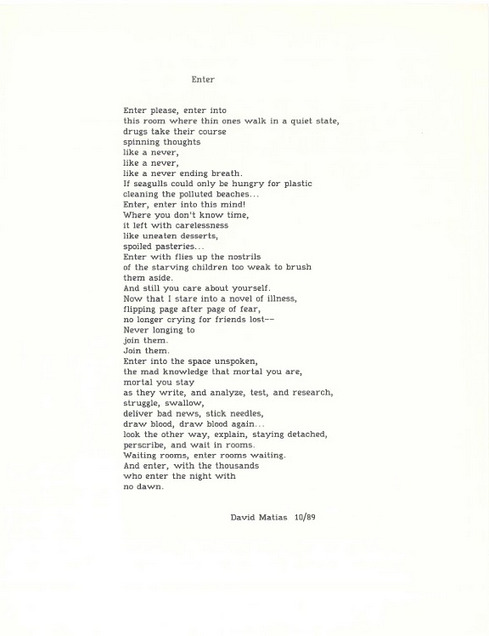 This poem, which David Matias wrote shortly after his diagnosis with AIDS in the late 1980s, is the first to mention his illness explicitly and to describe his diagnosis in such an open manner. Additionally, while the poem focuses on death and time—two standard themes in Matias’s work—it is far more personal in nature. It takes on a more desperate, hopeless tone than similar pieces, carrying an undercurrent of anxiety about a wasted youth and his fear of running out of time. 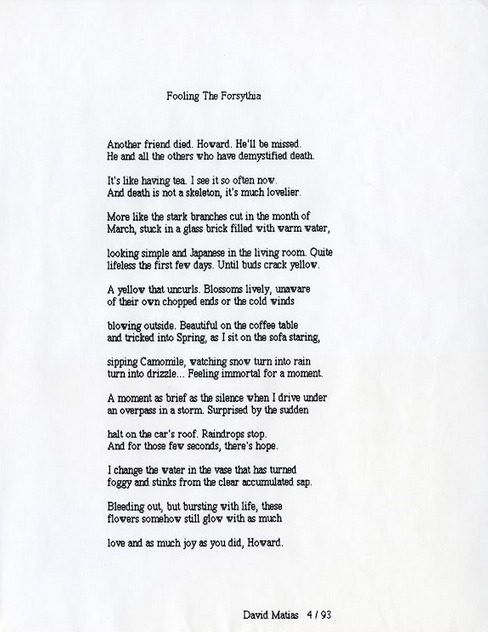 Matias dedicated this poem to Howard, one of his close friends who died of AIDS not long after Matias received his own diagnosis. Unlike his previous poems concerned with death and disease, the tone here is calmer—a sign that he is, perhaps, starting to come to terms with his fate. Note how Matias goes so far as to call death something beautiful, a small sign of fleeting hope in the face of the inevitable. Here, perhaps he is alluding to his own realization that death is just another element in the ever-changing cycle of life. 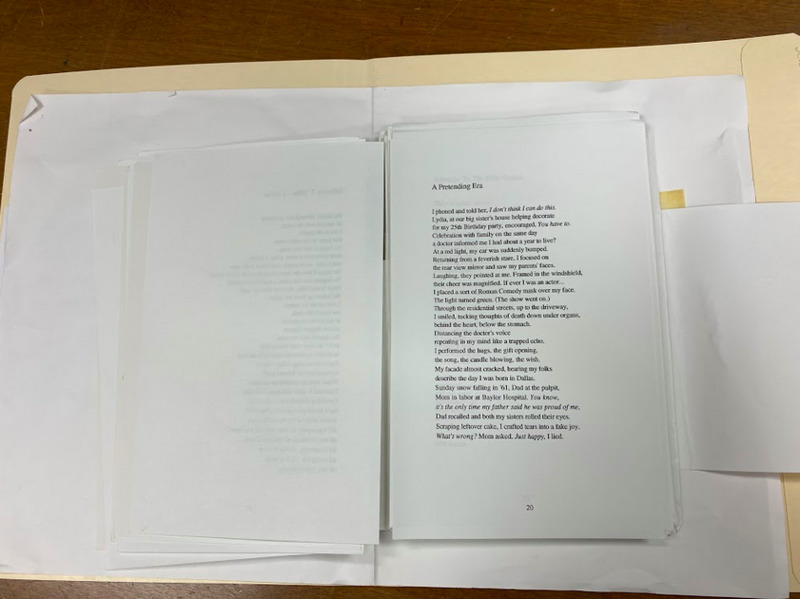 This poem follows two intertwining threads that occured on the same day: David Matias’s 25th birthday and the final piece of his diagnosis: that he only had one year left to live. This is another especially personal, emotive piece, one rich with references to his own past. Matias mentions his college role as a theatre student and briefly describes his father’s retelling of his birth. On a historical note, this poem serves to show us how young many AIDS victims were in the 1980s and 1990s, (and, in some cases, still are).