Love, Lust, and Sexuality: Experiences as a Gay Man 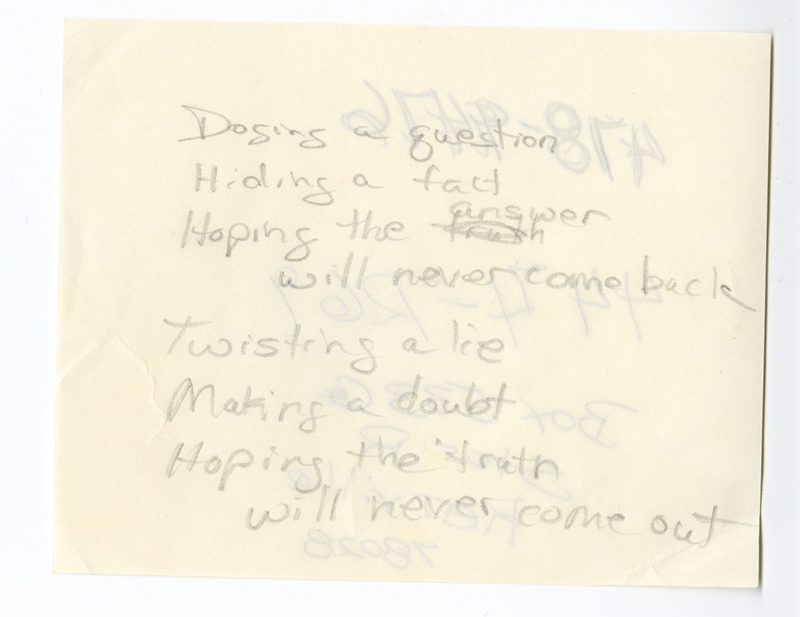 This poem, written on a sticky note, describes Matias’s closeted sexuality and fear of revealing his orientation.

Matias, like many poets, used poetry as a means to express himself and cope with the struggles of life. From his undergraduate pieces to his published poems, Matias described his encounters with love, lust, sexuality, and experiences as a gay man. He wrote many of his love poems while he was an undergraduate at Trinity, but he continued to document his emotional experiences and relationships throughout his life. Matias’s poems about his closeted sexuality and guilt offer a glimpse into his early struggles with his identity and family. Poems on the wonders of love illustrate the joyous moments of his life, while poems about his sexual experiences show Matias at his most human. Matias’s college poems were the beginning of his poetry journey and serve as a point of comparison subject-wise and stylistically to his later poems. For Matias, this particular age gave him the chance to explore himself and his writing style, cementing poetry as a part of his self-expression. 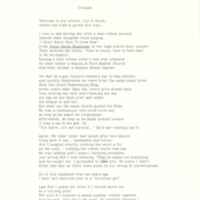 A draft of "The Crusade" that describes Matias’s sexual experiences as well the repressiveness of religion on LGBT+ people in his community. 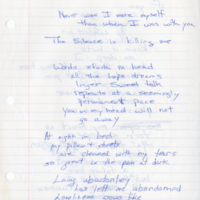 This poem, written in 1984, shares Matias’s devastation at the end of a relationship as well as the difficulties that come with hiding one’s sexuality. 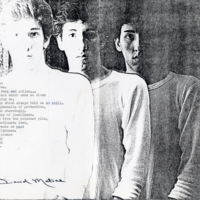 A finalized version of Matias’s poem “Run of Love,” which describes the wonder and freedom of finding young love. 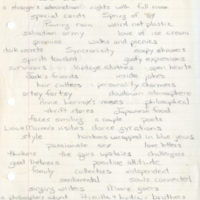 This freeform poem, which Matias wrote during his undergraduate years at Trinity, documents him in love.