Driving Through the Past 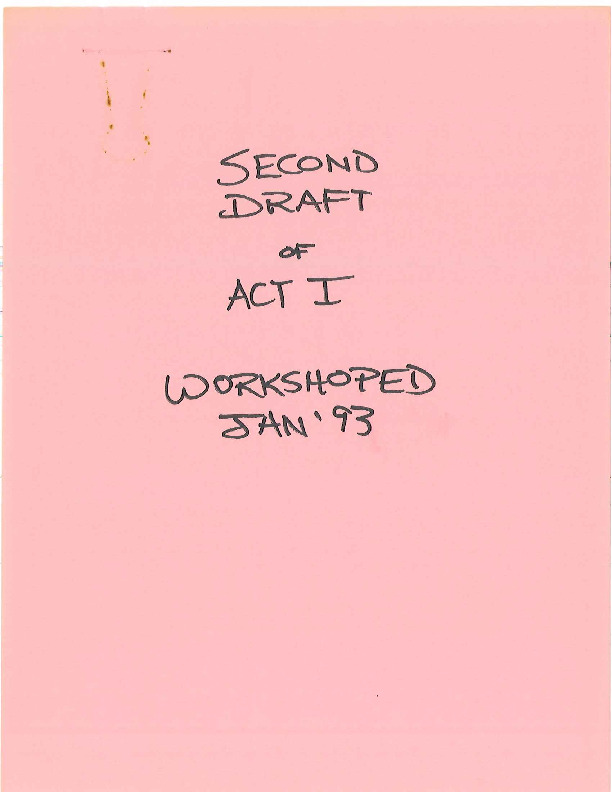 Driving Through the Past considers how the AIDS epidemic can serve as a starting point for exploring a family’s past. The play takes place in Texas in Christmas of 1992, and most of the action occurs in a car on a drive from the airport to the home. We see the story mostly through the lens of Alfonso, who has been diagnosed with AIDS. Members of his family struggle as they alternate between examining their past and attempting to maintain a sense of normalcy. They confront issues such as homophobia, AIDS, war, Latino identity, religion, and childhood sexual abuse. Although the play ends on a somewhat conclusive note, it is likely that this is an unfinished work. Matias tited the document “Second draft of Act I,” and the end of the document reads “end of Act I.” His two other plays, Unto Thee and Power in Play both end with “end of play.” This suggests Driving Through the Past was not completed.

This document is the first draft of Act I of David Matias’s play Driving Through the Past. There are many notes scribbled onto the side as well as grammatical changes. The text of the second draft reveals that he implemented many of the changes to the dialogue that we see here in this first draft.