Growing up, David was very close to his mother, Mary, who let him draw in church to encourage his artistic side. David wrote that although he never understood the phrase “God is Love,” he did understand one thing: “Mom was love, more than God was Love.” When David came out as gay to his parents, his mother hugged him tightly. “My tears aren’t because of what you just told us,” she said, “they’re because of all the pain you must’ve felt while growing up.”

David’s relationship with his father, Revered Matias Rodríguez, was more complicated. Reverend Matias was a WWII veteran and Baptist minister, fourth in a line of soldiers, ranchers, hunters, and preachers. Revered Matias often told David that a good son must have children to carry on the family name. When David came out as gay, Reverend Matias swore that he would pray for David’s conversion until the day he died. The Reverend never thought he would outlive his only son.

After hearing David’s diagnosis, Reverend Matias softened. He began to mail news clippings about possible HIV treatments, and sometimes called his son just to say “I love you.” He welcomed Lenny as part of the family. David embraced the new relationship with his father. “Once he accepted me,” he said, “I could accept his faults.” 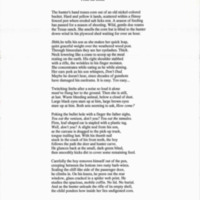 From a young age, David Matias had encountered death. Described in this poem from his book Dances with Family and Disease, Matias paints the picture of a successful hunting trip with his father, and his conflicting feelings on the death of the doe. 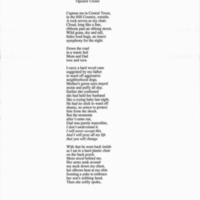 This poem, published in his book Dances with Family and Disease, describes Matias' coming out to his parents in 1988. His father refused to accept him, and his mother lovingly embraced him as her son. And despite the pain of rejection from his father, he was able to return to his childhood home as openly himself. 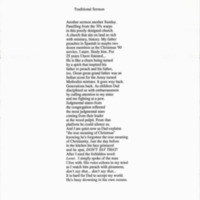 For what seemed like an eternity, David Mathias listened to his father denounce homosexuality from the pulpit. In this poem, "Traditional Sermon," from Dances with Family and Disease, David recalls how his father spat on the floor when he used the word lover to describe the man with whom he was living. 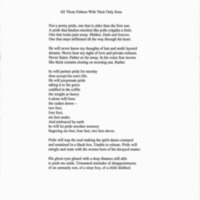 David Mathias had a troubled relationship with this father. As a devout Baptist minister, David's father denounced homosexuality and would not tolerate it in his son. This poem, "All Those Father With Their Only Sons," discusses the difficut relationship between David and his dad. 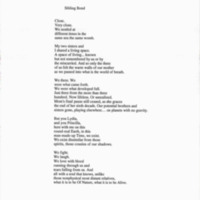 David Mathias loved his two sisters, Lydia and Priscilla. In this poem, "Sibling Bond," David discusses the innate bond given to siblings at birth. Specifically, he remarks on the wonders of human existence, pondering how he and his sisters managed to coexist when they did. 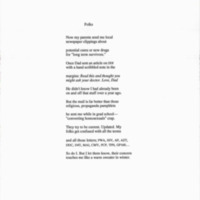 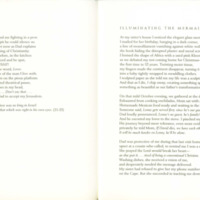 In this poem from Fifth Season, David Mathias discusses how tolerant his father became once discovering David's illness. David was truly grateful that his father was able to understand and appreciate his homosexuality after years of denouncement. 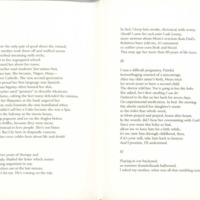 "Madre" is a 9 stanza poem published in Matias's Fifth Season. It details David Matias's memories of his mother, from the discrimination she faced growing up, to the difficulty of his birth, to memories of growing up, as he prepared to tell his parents of his diagnosis.