“Something Tried to Damn Us”: Diminishing God and Deifying Love 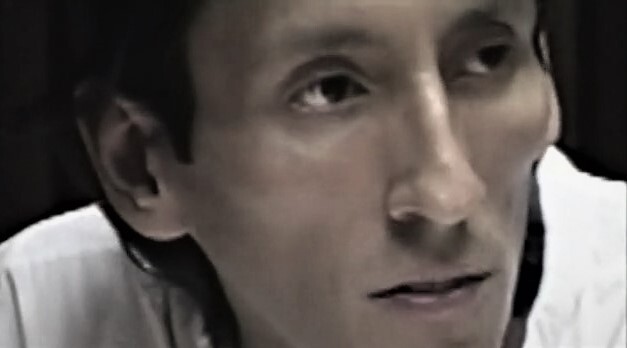 David Matias’s relationship with religion was complex and ever-evolving. His poetry reflects a prolonged struggle to reconcile his desire for spiritual fulfilment with his early understanding of the Christian God and other believers. “Pageant” and “Decorating Philosophy” play upon the impressions of his youth, analyzing elements of Christian celebration that seem to artificialize faith. The young poet’s association of Christianity with falsity demonstrates his growing estrangement from organized religion. Later, this disillusionment turned into resentment. His poems “Jesus in a Three Piece Suit” and “It’s Not the Devil” critique traditionalist Christian ideology as hypocritical. Matias rejected the narrow-minded attitudes of those who targeted his creative and romantic pursuits on religious grounds. Disavowing a god that would allow such cruelty, Matias abandoned his Christian faith, instead embracing the notion of divinity as physical love. He regarded his lovers as his true saviors, and found emotional resolution at the intersection of sex and spirituality. The poems “Restorer” and “Come and Go” imply that ultimate spiritual satisfaction arose not through submission to a distant, disdainful god, but through the consecration of love. 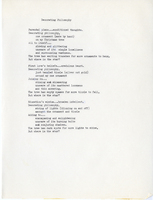 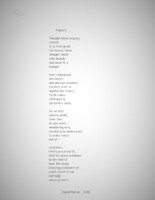 In "Decorating Philosophy," Matias constructs a conceit in which the framework of Christianity figures as a Christmas tree. “Parental plans” and “conditioned thoughts” decorate the structure, transforming an otherwise mundane object into something of spiritual significance. Yet, for all these trappings, there remain scattered dark spots of doubt and a glaring absence of the essential “star” of true faith.

"Pageant" follows a similar theme of emptiness. To young Matias, Christianity seemed as artificial and anxiety-ridden as the shows staged in its celebration. He wore faith as a first grader wears a “fake beard”: with doubt, bewilderment, and an uncomfortable consciousness of his own absurdity. 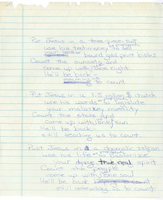 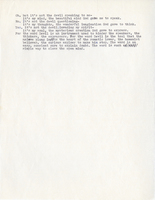 In "Put Jesus in a Three Piece Suit," Matias rails against Christians’ efforts to commercialize and politicize their faith. He expresses his belief that when bibles are designed for opulence and not conscience, and when churches are built for legislation and not contemplation, then religion degenerates. He further derides believers who debase their savior by advancing a single, corrupt system of salvation when he believes there are as many interpretations as sunsets and stars.

Continuing his critique in "It's not the Devil," Matias rebukes believers that attribute his thoughts and lifestyle to spiritual corruption. His “beautiful mind” and “wonderful imagination” work not for the Devil, but for “the heart of the romantic lover” that God carefully crafted. Matias refuses to validate closed minds that denigrate his creations or loves. 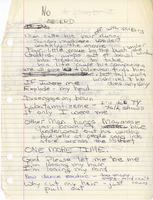 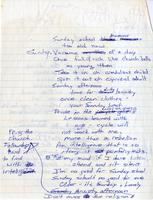 The exact absurdity motivating this poem remains ambiguous. "Absurd" laments Matias's overriding fatigue, emotional paralysis, and hair loss, symptoms of either existential dread or the side effects of AZT (the first drug approved by the FDA to treat HIV). Whether struggling under the weight of existence or the gravity of his diagnosis, Matias begs God to alleviate his suffering and allow him to simply be.

In a stage of mature scepticism, Matias ponders the loss of belief that accompanies age. Within "Sunday School Lessons" he severs himself from the faith of his youth, depicting himself as a “cynical adult” spitting out the dogmas consumed by the “credulous child.” Sundays, once ringing with the rich promises of church bells, now hum hollowly with lonely anxiety. 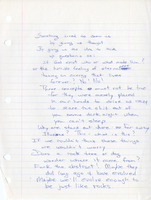 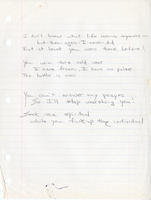 The despair and apathy pervading Matias’ previous poems devolve into outright fury. "Something Tried to Damn Us" rages against the creator of a system seemingly designed to damn or derange its inhabitants—if humans were not made to question, to press back against belief, then thought becomes torture, not freedom. The highest form of being isn’t knowing the divine, but insensate exemption from wondering about the divine.

Reeling from this revelation, Matias refuses to unravel the mystery of a sadistic creator or even recognize its existence. He rejects his faith, reasoning that a god who cannot answer prayer is of no use to him. "I Don't Know" asks, why continue to worship or “seek the spiritual” if it only damages “the individual”? 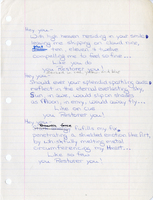 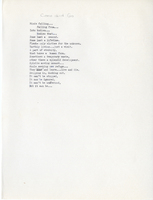 Amidst his rejection of the Christian god, Matias redirects the language of veneration to exalt his lover. He effectively deifies the man he loves, calling him a “Restorer” in the same intonation of references to Jesus as the great redeemer. Dazzled by the “heaven residing in [his] smile” and the earth-shattering power of his presence, Matias depicts his lover as salvation—the sense of fulfilment he wrought rescues the poet’s heart from its paralysis.

"Come and Go" encapsulates Matias’ spiritual trajectory from frustration to exaltation. In his experience, the mind’s anxieties yield to the body’s pleasure. Instances of physical connection constitute restorative love. Regardless of an affair’s duration, the love created within brings spiritual peace. As “a human form” contains “a part of eternity,” Matias believes his soul can seek everlasting refuge in a man’s touch.