Power in Play takes place in a country on the verge of revolution. Act I is formatted as a casual conversation about politics and theater work between Guy Gabriel, his partner Mark Ingle, and Mia Wright. Guy and Mark discuss the revolutionary political organization “F.A.L.,” which Guy and Mark are both suspicious of because of its reported involvement with the military. Later, Mia comes to audition for Guy’s play, Power in Play, but the audition devolves into another political discussion where Guy expresses doubt over Mia’s revolutionary opinions.

In Act II, the F.A.L. imprisons and tortures  and Mia reveals herself as a leader in F.A.L. She informs Guy that during his imprisonment, the FAL had killed his family and Mark. There are two possible endings. In the first, Mia instructs a guard to kill Guy; the final scene shows his death. In the second, Mia realizes that she cannot kill Guy, and the final scene shows them reciting a scene from Power in Play. This play explores the dangers of both revolution and  of stagnation, as well as themes of betrayal, the death of loved ones, and the power of theater to shape political discourse. 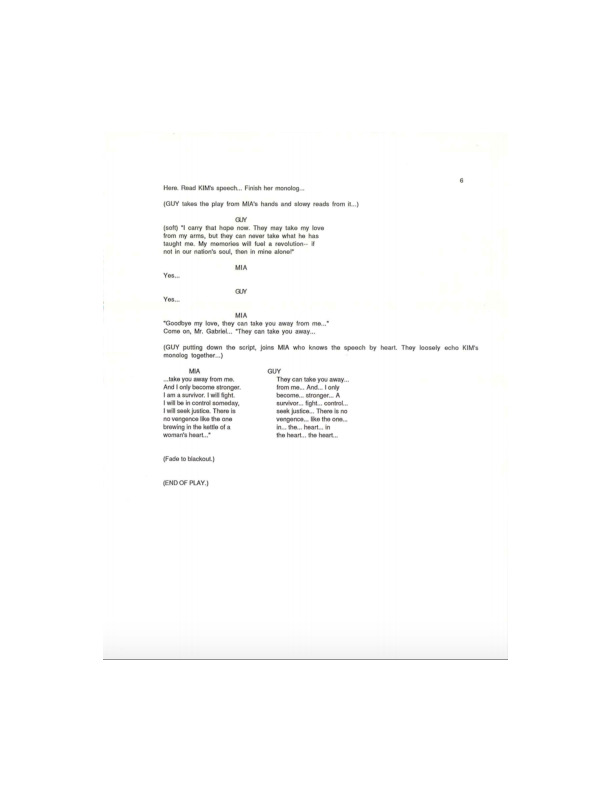 The final scene of Power in Play in which Guy and Mia recite Guy's play that Mia auditioned for in the beginning of Act I. The line "I only become... stronger... A survivor... fight... control... seek justice..." is similar to AIDS activism rhetoric, and may be a reference to his diagnosis. 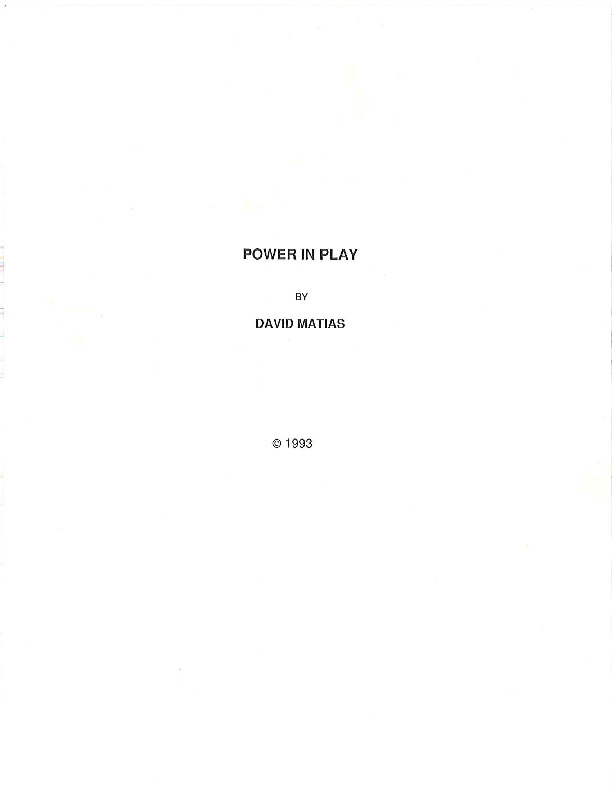 Full text of Power in Play

← Driving Through the Past
"Unto Thee" →
Provincetown Theater
Power in Play