Sin, Death, and Disease: The Cultural Meaning of AIDS

“When I’m gone, please accept that there is no blame. No blame. Just as a virus holds no morals.” -David Matias, from “The Gay Gene”

Diseases mean things. It is human nature to analyze, to interpret, and to understand our world through metaphor. But the metaphors we choose to understand the world are not value-free, and they have real-world consequences. This is especially true of illness, which agitates our basest human fears of pain and death, and, consequently, evokes some of our strongest metaphors. These metaphors have power—they can lead people to blame the ill for becoming infected and perpetuate stereotypes about vulnerable groups, leaving the victims of the disease ostracized and alone. The idea that a disease is incurable or the result of vice prevent those who have fallen ill from seeking treatment out of shame, fear, or hopelessness. These metaphors can kill.

“I will never accept this … I will pray all my life that you change.” -a quote from David Matias’s father (who would later accept him).

AIDS is a sexually transmitted disease. This, in itself, would be enough for the disease to become associated with sexual perversity. However, in the early 1980s, AIDS seemed to primarily afflict gay men. This demographic fluke, along with rampant homophobia in the United States, meant that many viewed AIDS as punishment for the “sin” of homosexuality.

A clip of Matias reading “Parades,” a poem that dramatizes the disconnect between American conservative Christians who saw AIDS as punishment for sin and the thousands of gay men who suffered because of the disease.

“The myth back then was that you died immediately when you were diagnosed.” -David Matias, on why many gay men refused testing for AIDS.

When AIDS was first discovered, it was a confusing, terrifying illness. The common knowledge was that once one acquired “full-blown AIDS,” one was bound to die. Of course, this was a myth—later research found AIDS to be both treatable and survivable. The initial myth of AIDS as a death sentence, however, meant that many gay men refused to get tested or treated, since they believed such things were pointless.

In this clip, Matias gives background on the poem “February 7, 1986 - 2:45 p.m.,” in which his doctor tests him for AIDS without permission and tells him he has only a year left to live.

Matias’s poem about being tested without his permission and receiving an AIDS diagnosis on his 25th birthday.

Connections with Other Diseases

AIDS is not the first disease to take on metaphorical meanings. The association between disease and sin is a common one, as such metaphors existed for diseases like typhoid, syphilis, and even the Black Plague. The belief that AIDS was a death sentence harkened back to attitudes towards cancer just ten years prior, when cancer too was believed to be unsurvivable. Matias himself draws comparisons between AIDS and smallpox, another disease whose victims were shamed and ostracized.

In this clip, Matias provides background on his poem “Eyes to the Sun” and discusses the similarities between smallpox and AIDS. 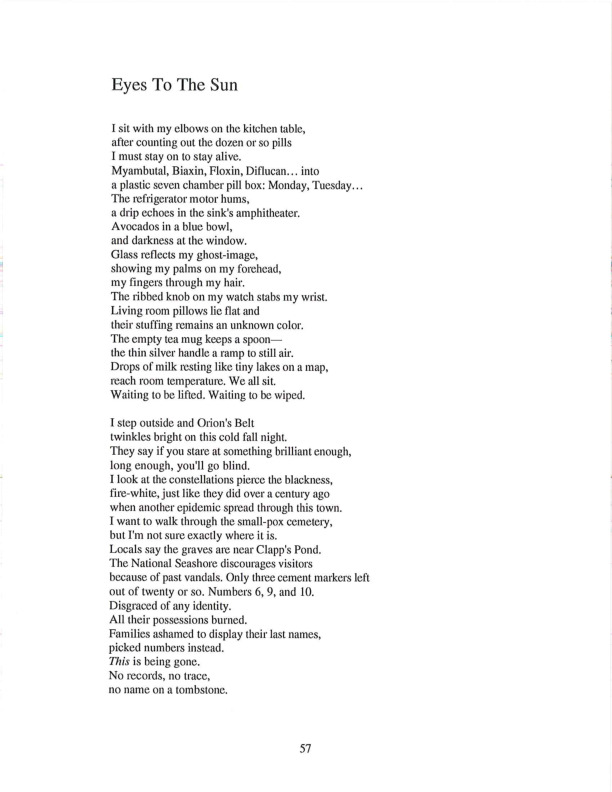 Matias’s poem reflecting on a visit to a smallpox cemetery, where smallpox victims were buried without nameplates. In 2015, a memorial was dedicated to the deceased in the graveyard, at which “Eyes to the Sun” was read. 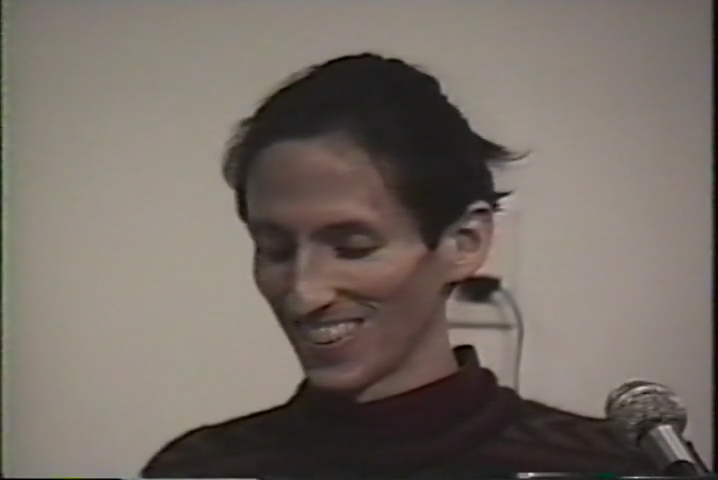 “We repeat these patterns of fear and pushing others away and putting a diseased outcast rather than trying to tackle the problem or be compassionate about the problem and ask the bigger questions—What does life mean? What does death mean? Which is something most people are very fearful of exploring.” -David Matias 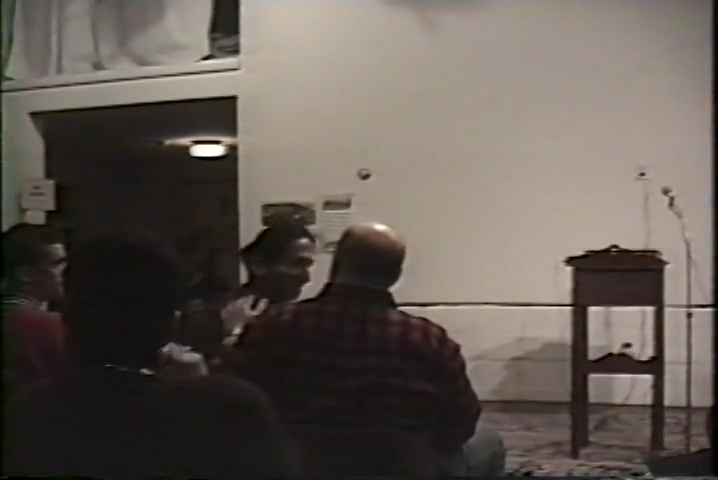 Matias and his partner after Matias finished his poetry reading.

← The Night With No Dawn: The Emotions of Diagnosis
AIDS Activism →
AIDS Diagnosis and Activism
The Cultural Meaning of AIDS