The Influence of American Folk Art 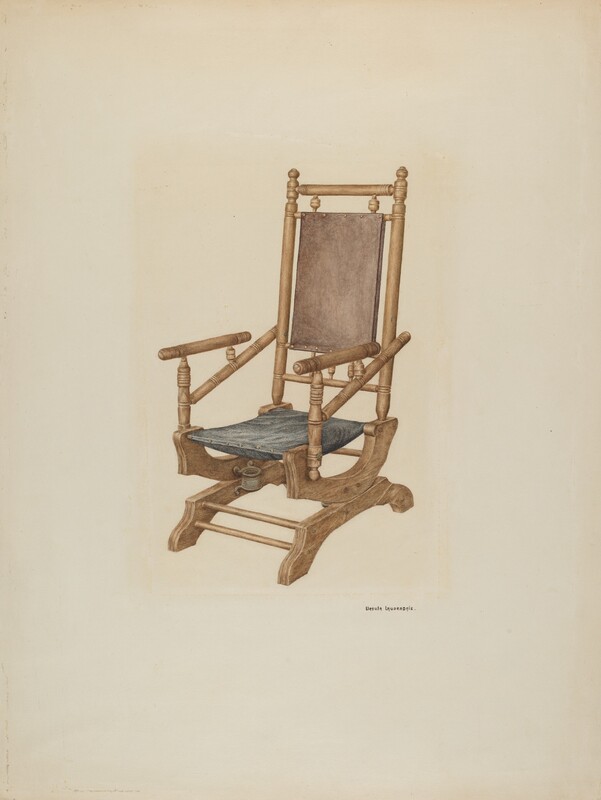 Ursula Lauderdale painted this watercolor of a platform rocking chair around 1940. This is one of a number of watercolors that Ursula Lauderdale made for the Index of American Design, a New Deal project that was meant to display American decorative arts. Courtesy the National Gallery of Art, Washington.

Ursula Lauderdale’s artwork displays the influence of American folk art. Folk art is a category that spans a variety of media, including paintings, textiles, and furniture. It is created by common people and is both beautiful and pragmatic in form, as it was usually made by people who wanted to beautify their everyday household surroundings.

Lauderdale was likely introduced to folk art while she studied art in New York City, where there was an increasing interest in folk art, particularly during the 1920s and 1930s. During the 1930s and 1940s, she created watercolors of everyday objects and furniture for the Index of American Design, which was a New Deal project that was intended to provide employment for artists as well as record the rich history of American folk art. She painted furniture, stone carvings, and other everyday objects for this project. These watercolors show an appreciation for the beauty of the practical objects that we use in our daily lives. 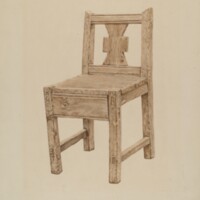 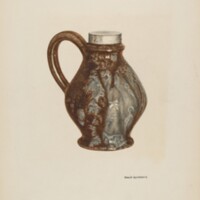 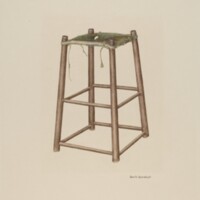 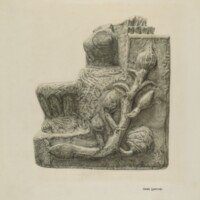 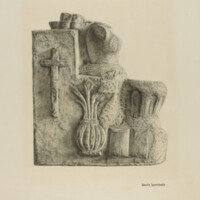 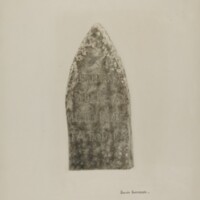 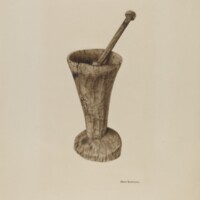 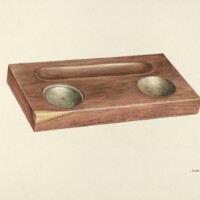 Although folk art had historically been maligned in favor of more elite art, the 20th century saw greater appreciation for the beauty of practical, everyday art made by everyday people. Whereas in the past, critics expected artists to conform to elite European standards of what “counted” as art, during the 1920s and 1930s, the art world began to understand the merit of the regional arts of the United States. As such, critics began to take Texas artists like Ursula Lauderdale more seriously, showing critical interest in both the American folk art that she created as well as her more traditionally European-style impressionist paintings. 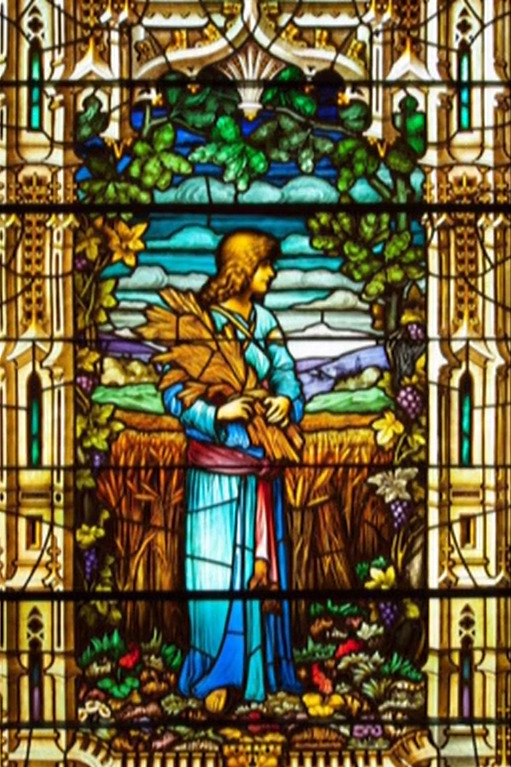 There is also a long history of Christian folk art in the United States. Early examples of this form include the artworks that Franciscan monks used as a tool to teach indigenous peoples about Christianity and the Biblical scenes that Dutch settlers painted on the walls of their homes. Lauderdale also created Christian folk art, most famously the Ruth Window, a work of stained glass that she designed and painted at the Dallas City Temple in 1917. This window was previously thought to be lost, but it exists today in NorthPark Presbyterian Church in Dallas, Texas. Now as it did back then, Ursula Lauderdale’s artwork displays the folk art sensibility of creating something beautiful for us to see in our daily lives. The Ruth Window was not designed to be hung in a gallery for an elite audience to occasionally admire, but to enrich the regular existence of regular people.