This classroom in Prendergast Hall, or one like it, is where Lauderdale would have taught all seven of the art courses that she offered at Trinity during the 1927-1928 school year.

Although most of the art instruction that Lauderdale led took place at her private studios, she also spent some time teaching in a professional academic setting. In 1927, she was invited to run the Art Department at Trinity University in Waxahachie. She was already loosely connected with the University through her husband, Judge Ed Lauderdale, who had made a donation to sponsor a Trinity student in 1924.

At that time, Trinity’s gender divide was unusually progressive— there were more female than male students, and almost equal male and female instructors. Nationally, female professors were somewhat rare until the latter half of the twentieth century. Trinity’s abundance of female faculty may be attributed to its status as a liberal arts institution that sought to provide a wide breadth of educational opportunities for its students. Women at Trinity in 1928 tended to teach more liberal arts classes like Home Economics, Art, Music, and Modern Languages. 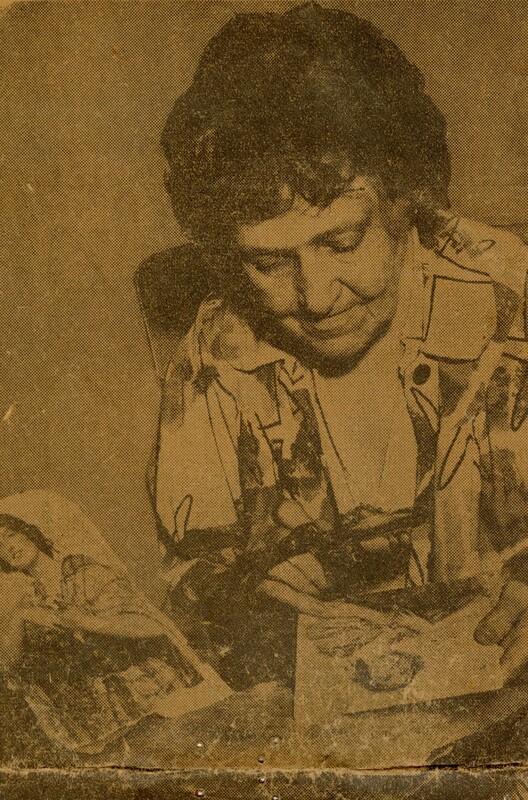 Lauderdale became the only art instructor at Trinity, and she taught all seven of the offered art courses, including four drawing classes and a ceramics class. It does not appear that she had much authority to personalize the arts curriculum, as the courses offered during her tenure remained the same as the previous years. The 1928 Courses of Study Bulletin emphasized that students would learn the importance of “correct drawing” and gain an understanding of artistic principles in the study of art. 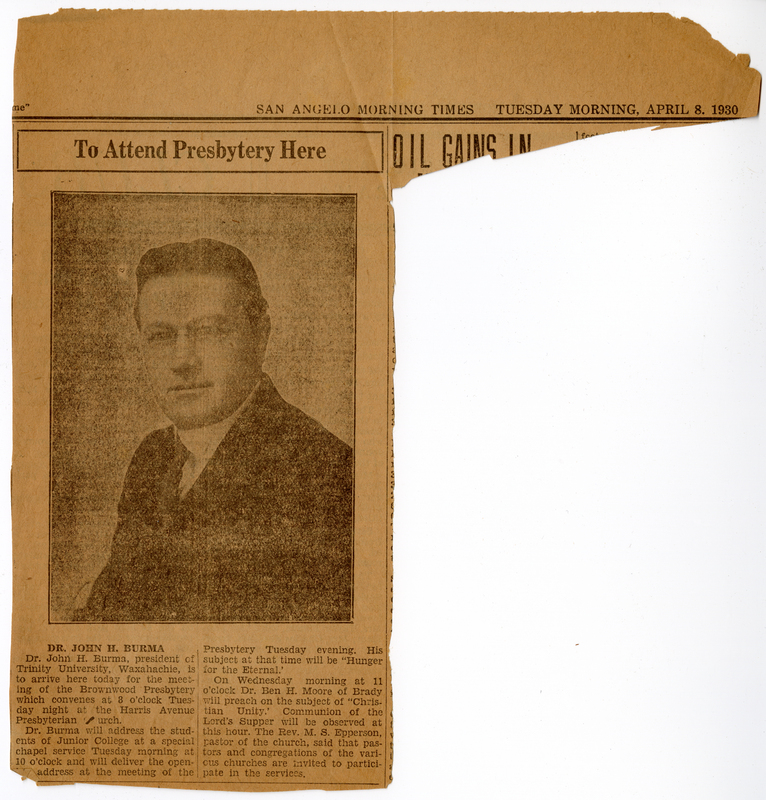 Lauderdale kept this news clipping of Trinity president John Burma, the man who hired her in 1927.

While teaching at Trinity, Lauderdale was still working as a private artist. She exhibited works  in New York and other cities, a fact that the university newspaper, the Trinitonian, highlighted. Lauderdale left Trinity after only two years, but she continued to keep in touch with the University president, John Burma. Burma kept her updated on her replacement at Trinity and supported her decision to teach at her own art studios. 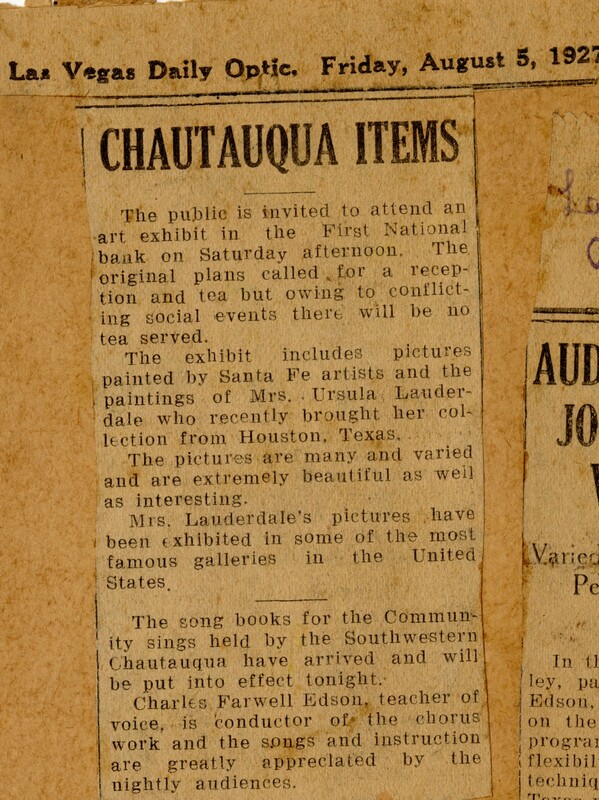 As the dean of the Southwest Chautauqua, Lauderdale both taught and displayed art.

Outside of Trinity, Lauderdale was also the Dean of the Southwestern Chautauqua, an art school based in Las Vegas, New Mexico. Chautauqua was an adult education movement of the late 19th and early 20th centuries that sought to democratize learning and encourage self-improvement. For at least two summers, Lauderdale taught courses in landscape painting there.

Lauderdale was not only a remarkable artist in her own right, but she was also dedicated to passing on her knowledge and technique.

Ursula Lauderdale's photo in Trinity University's 1928 yearbook, The Mirage. Lauderdale was one of seventeen female instructors at Trinity.