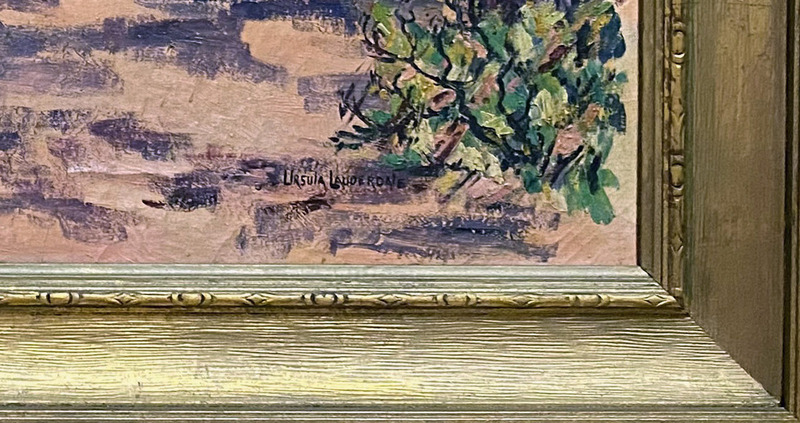 Ursula's occupation as listed on her death certificate in 1968 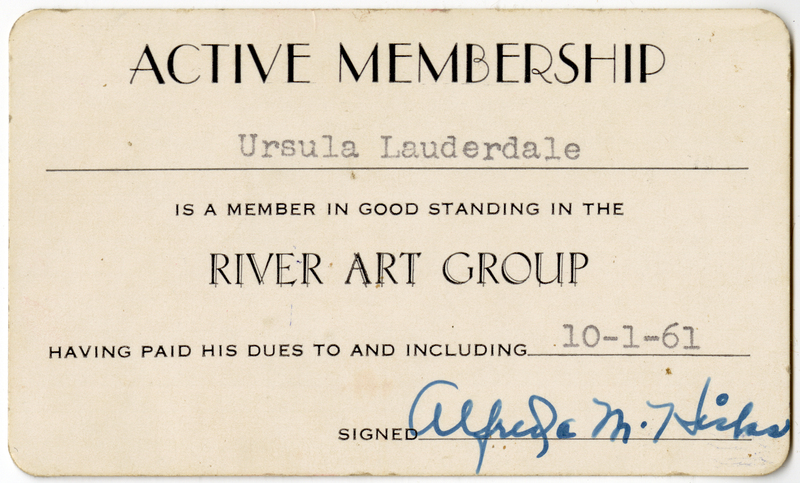 Ursula's membership card for the River Art Group, a La Villita art collaborative. The card assumes that the member will be a man.

At the time that Ursula Lauderdale was born in 1872, professional female artists were vanishingly rare. While drawing and painting had been the hallmark of feminine pastimes for accomplished young women for generations, 19th-century society viewed women pursuing a career in “fine art” as unacceptable. As such, female artists in this era tended to disguise their gender by signing their work with just their first initial, which allowed them to be taken seriously and to receive higher prices for their art. The few women that achieved success as professional artists often overcame massive struggles, like the painter Elizabeth Gilbert Jerome (1824-1910), whose family destroyed her sketches when she was a teenager in a bid to prevent her from pursuing art. Women who wanted to study fine art were forced to find willing mentors, as most art academies were closed to women.

Around the turn of the 20th century, the prospects for female artists began to brighten. When Ursula moved to New York City to study music and drama, she found her calling at the Art Students’ League. Founded in the late 19th century by a group of art students (many of them female) who were disappointed by the conservatism of the National Academy of Design, it embraced new European styles of art and was welcoming to young women like Ursula Lauderdale who wished to study painting seriously. As her career in art flourished, Lauderdale became very active in the National League of American Penwomen, even serving as art chair for the Texas chapter. The organization, founded in 1897 on the radical notion that female creatives should be paid for their work, embodied the new generation of women artists and writers who demanded respect.

Ursula Lauderdale achieved something quite special in her time: a financially successful career as an independent female artist. Her paintings are signed proudly with her full name.