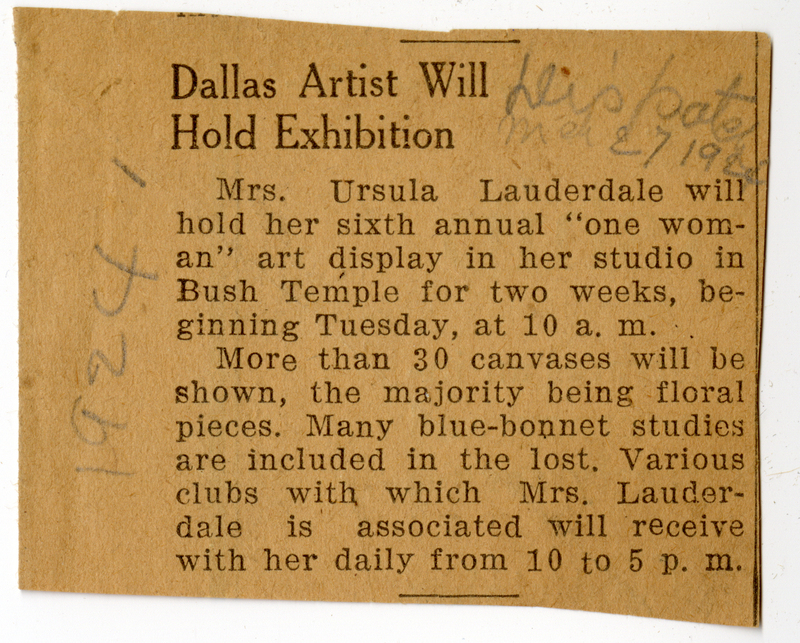 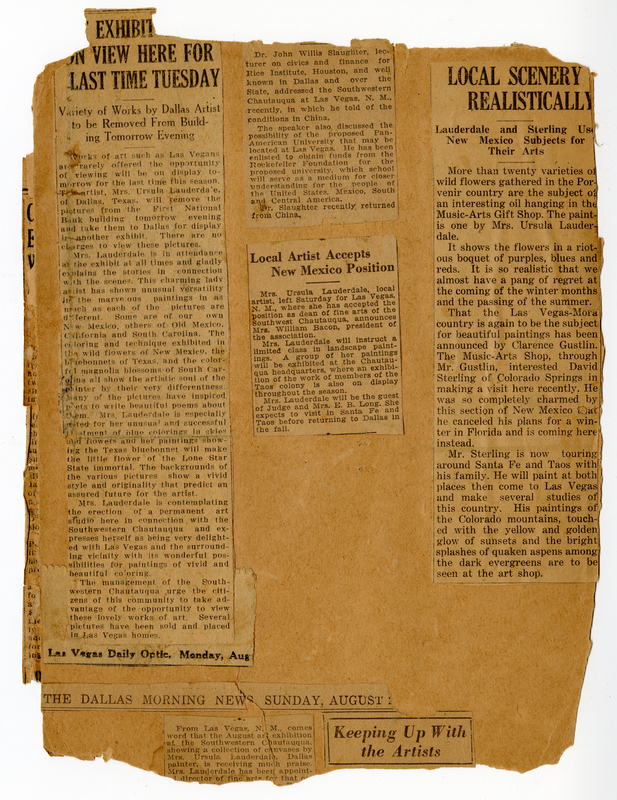 Here we will attempt to briefly look at the artistic carrer of Ursula Lauderdale. This will mainly be an objective look at some of her works of art.

The second newspaper clipping goes into a more in depth look at the type of art that Lauderdale would put in an exhibit, as well as what the general public thought of her work. Based on this image we can see that people praised Lauderdale for her ability to capture the realism of the plants and landscapes that she painted. 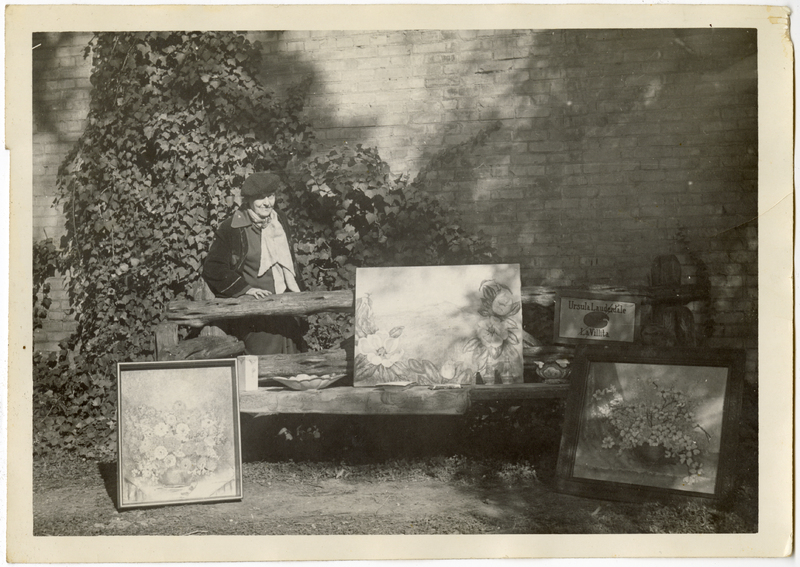 Lauderdale posing for a picture, with her pictures.

In this picture we can get a look at Lauderdale with some of her pieces of art. Two of these paintings are of bouquets of flowers and the third painting is a more general landscape piece. While the quality might not be the best, it is still possible to see how detailed Lauderdale was in her work, giving further merit to the review in the previous news clipping.