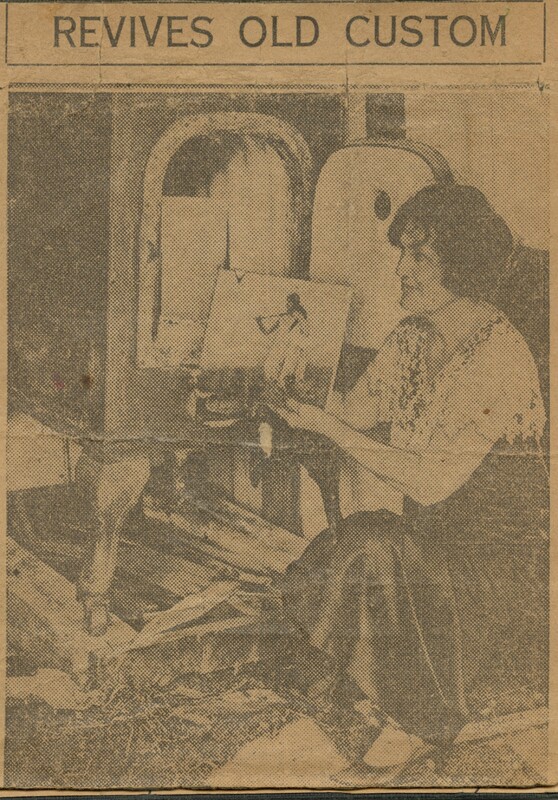 Ursula Lauderdale next to a kiln with a painting she created using a traditional tile baking method. 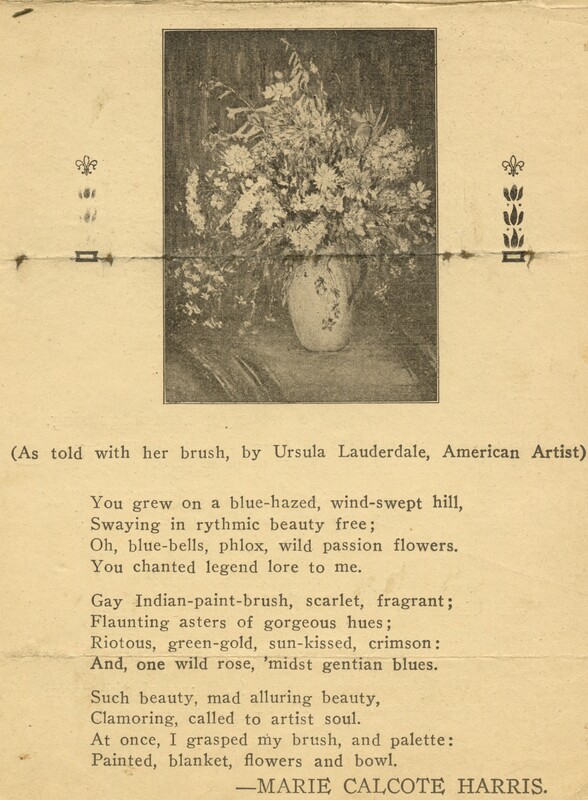 Throughout her career, Ursula Lauderdale created both paintings and mixed media artworks. Her pieces revealed influences from various sources in her daily life. Locations such as La Villita helped to facilitate the styles of art that Lauderdale created, and she, in turn, influenced the artistic community at La Villita through her local art studio and classes. Additionally, Lauderdale was influenced by American folk art, a movement that she learned about while studying in New York City. Texas Impressionism also played a significant role in developing Lauderdale’s painting style. Lauderdale combined aspects from all of these artistic movements and communities as she developed her unique approach to her artwork.

Just as Lauderdale was influenced by the works of other artists, she likewise contributed to the artistic development of other artists in Texas. She was involved in many groups that aimed to encourage the growth of the arts. Lauderdale personally supported events focused on the arts and was even the chairwoman of art in the Dallas chapter of the Pen Women. Through her interest in the arts and her desire to share her passion with those she met, she has left a lasting legacy.

A combination of influences ranging from natural forms such as colorful foliage and landscapes to Texas's historical past inspired Ursula Lauderdale's impressive creations. She composed a number of works in the forms of sonnets, narratives, song-poems, and paintings. Many of Lauderdale’s pieces reflect her desire to explore in some of the most isolated locations, such as El Porvenir and Hermit Mountain in Texas, where she climbed through the mountains and roamed the countryside in search of new subjects to fill her canvas. One of her most interesting pieces is an oil-painting titled Indian Wild Flowers, which incorporates more than thirty-five varieties of wildflowers that she gathered from the Porvenir countryside. Not only did her adventurous spirit influence her artistic perspective, but it also encouraged her to learn about realms outside of painting, such as the history of traditional Indian Ceremonies and how to revive the ancient process of baking art. Traditionally, baking clay was used to create tiles, however, Lauderdale established a new type of tile art during her residence in San Antonio. Using blue paintings on blue tiles, Lauderdale featured depictions of local missions and landscapes in San Antonio. To create each tile Lauderdale would paint the image and then bake them in a fire-burning kiln in the engine room of the Menger hotel.