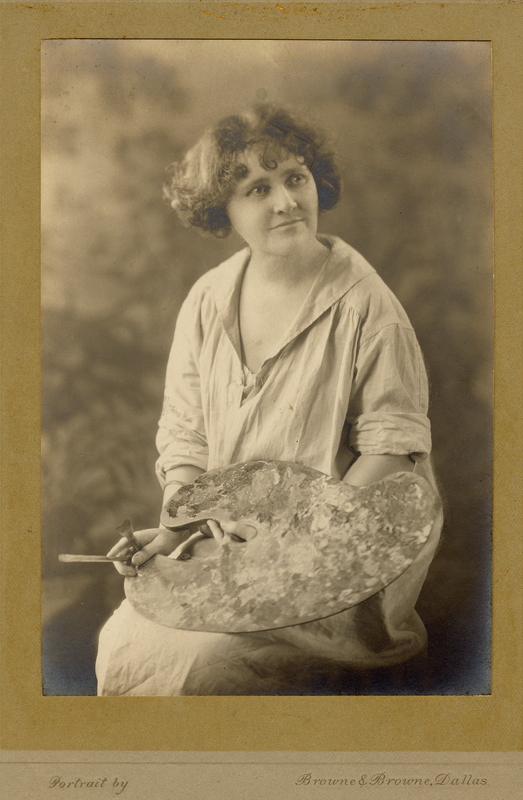 Ursula sitting for a professional photo with her artist's smock and palette, likely in the late 1920s. 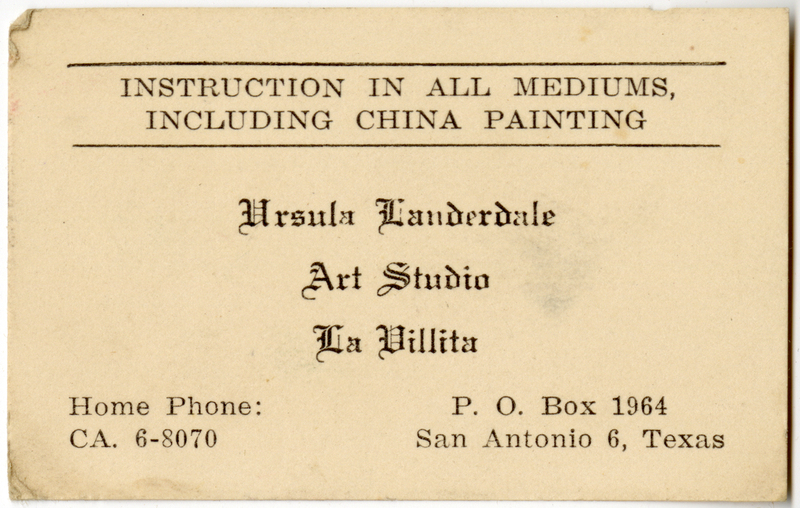 Lauderdale's business card for her studio in La Villita. Likely from the 1940s or 1950s. 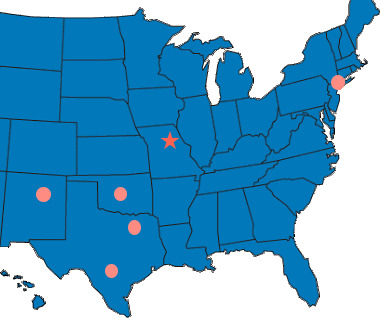 A map of locations where Ursula Lauderdale was active during her career. The star marks her birthplace in Missouri.

When Ursula Lauderdale died at the age of 95, she left behind a career that few have rivaled in terms of length and diversity. As an artist and teacher, she inspired and influenced many.

Lauderdale's attraction to the arts began with drama and music. As a young woman, she left her loved ones behind and traveled to New York City to pursue higher education in those subjects, but once there she discovered a thriving art scene where cutting-edge ideas imported from Europe were taught and admired. In New York, she was able to learn from luminaries of the art world such as Robert Henri, but she soon made her own way by traveling to the American Southwest rather than just France or Italy. In New Mexico and Texas, she found ample artistic inspiration, and her style and choice of subjects started to garner state and then national attention as the art world began to see the value in homegrown American art rather than solely European imitations.

It is clear how seriously she took her artistic career. She promoted her exhibits in local newspapers and printed business cards for her studios. She also chose to take positions of leadership in her field, such as serving as chair of art for the Texas League of American Penwomen and working as head of the art department for Trinity University in 1927. This is not the only thing about her life that was unusual for the time, however. Lauderdale had two marriages that ended in divorce and did not have any children. After the dissolution of her second marriage, she supported herself independently for the rest of her life. She was a career woman long before it was socially acceptable, and it was people like her who paved the way for later generations of female artists to be taken seriously for their skills.